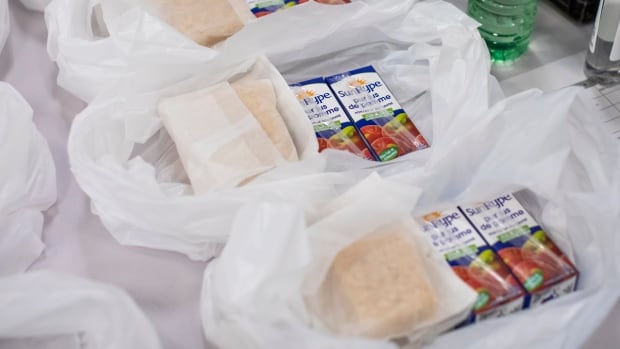 The rising cost of food combined with the growing demand for affordable meal programs is putting pressure on school districts and nonprofits to serve meals to students who need them most.

Soaring inflation rates in recent months have led to a dramatic increase in requests from families for food programs provided by Hope for the Nations, says Chloe Kam, senior program director at the Kelowna-based nonprofit. , British Columbia.

At the same time, the cost of preparing breakfast and after-school meals for students in the local school district has increased.

“Before, our average breakfast cost was only about $1.50, and now we’re looking at $2.10 per breakfast,” Kam told host Chris Walker on CBC. South Dawn.

The cost of living has continued to increase at the fastest pace in decades across Canada, with the headline inflation rate rising to an annual rate of 6.8% in April, a 31-year high.

The latest finds from BC youth advocacy group First Call show that more than 15,000 children in the province lived in poor households in 2019.

BC school districts that offer their own lunch programs echo Kam’s concerns about rising food costs.

Principal Sean Della Vedova of Central Community School in Coquitlam explains that while staff deliver breakfast and lunch to students daily, the school also works with nonprofits such as the Rotary Club to deliver weekly. food baskets to students’ families.

The school has approximately 370 students. Della Vedova says 300 to 400 lunches are delivered to students each day, with around 80 breakfasts distributed each morning.

He says the queue for meal programs last year was longer than expected.

“There were families that I had never seen before in terms of accessing our supports,” he told CBC. The first edition.

The Government of British Columbia website shows that at least 20 school districts across the province offer meal programs, alone or in partnership with nonprofits like the United Way and Bowls of Hope Society, as well as private companies like Save-On-Foods.

Earlier this week, the government of British Columbia announcement its commitment to invest nearly $64 million in 60 school districts across the province, with some of the money going to meal programs.

In a press release, the British Columbia chapter of the Coalition for Healthy School Food said it welcomes the province’s one-time investment, which it says will support the expansion of school lunch programs. .

“We can’t do it without public investment, and we can’t do it alone,” she said. “There really needs to be provincial and federal support for local school districts, schools and school communities to develop their own programs or expand existing ones.”

She adds that, based on her experience working with the Bulkley Valley School District in northwestern British Columbia, school districts in rural and remote communities face challenges accessing food options throughout the throughout the year, in addition to rising food prices.