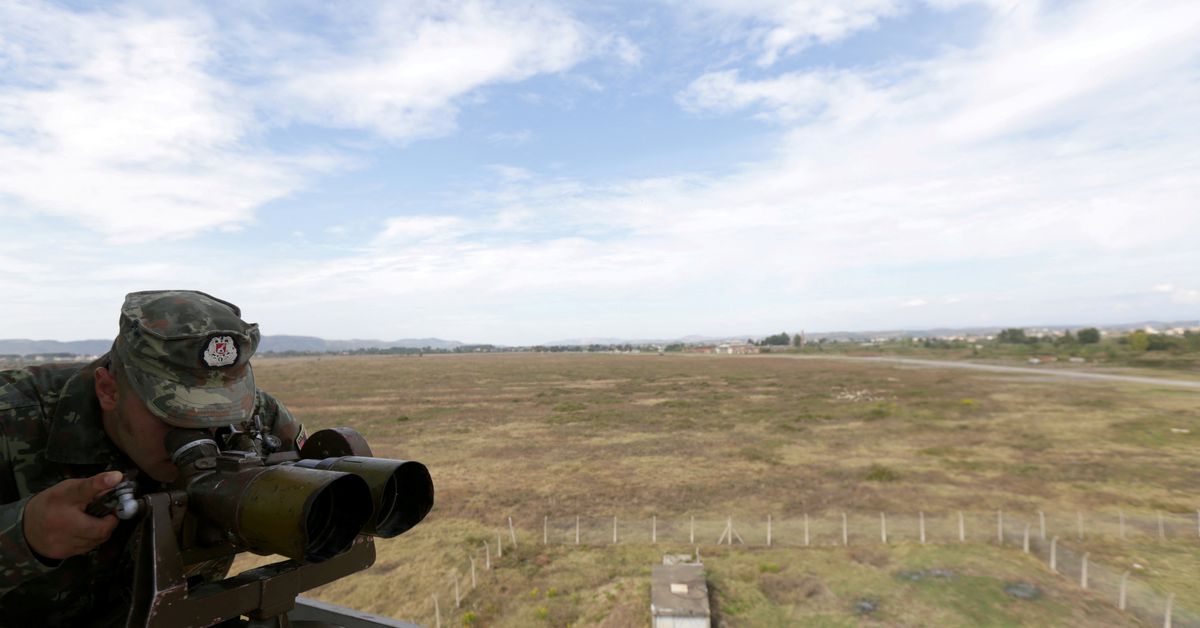 TIRANA, Aug 21 (Reuters) – Albania said on Sunday it was investigating why two Russians and a Ukrainian man tried to enter a military factory and police arrested four Czech nationals also near another military factory.

The Ministry of Defense said on Saturday evening that two of its soldiers suffered minor injuries during the detention of a 24-year-old man from Russia who entered the compound of the Gramsh military factory and tried to take pictures. He resisted arrest and used spray cans against the soldiers.

Two others, a 33-year-old Russian and a 25-year-old Ukrainian, were arrested nearby.

Defense Minister Niko Peleshi said on Sunday it was too early to be sure of the motive, but cited geopolitics – apparently pointing to a possible link to Russia’s invasion of Ukraine, which has been criticized by the Albanian government.

“Given the broad regional context and the geopolitical context, this cannot be considered just an ordinary civilian incident, but we cannot rush to conclusions,” he said after visiting the wounded soldiers. to the hospital.

Albanian Prime Minister Edi Rama said on Saturday that the three individuals were “suspected of spying”, without giving further details.

Peleshi said the survey would show if they were bloggers and what their motivations were.

When Albania was under Communist rule, the Gramsh factory produced Russian-designed AK 47 rifles.

The ministry’s website says the plant now provides manufacturing services for the defense industry. In the past, it was also used to dismantle small arms and ammunition.

In a similar incident, police said on Sunday that four Czech nationals were arrested at the Polican military factory.

Police said two Czech women were first spotted outside the factory and two other men were found inside the tunnels.

Tirana media reported that all four said they were tourists.

The Polican factory was used during communism to produce ammunition for the Russian AK 47 rifle, hand grenades, anti-personnel and anti-tank mines. Some foreign tourists who have already visited the place managed to enter the tunnels where the ammunition was made and posted their photos on the Internet.

From their photos, the area looked abandoned where old machinery and balls are seen on the ground.

Albania, a NATO member since 2009, joined the United States and other Western countries in condemning the Russian invasion of Ukraine and introduced sanctions against Moscow.