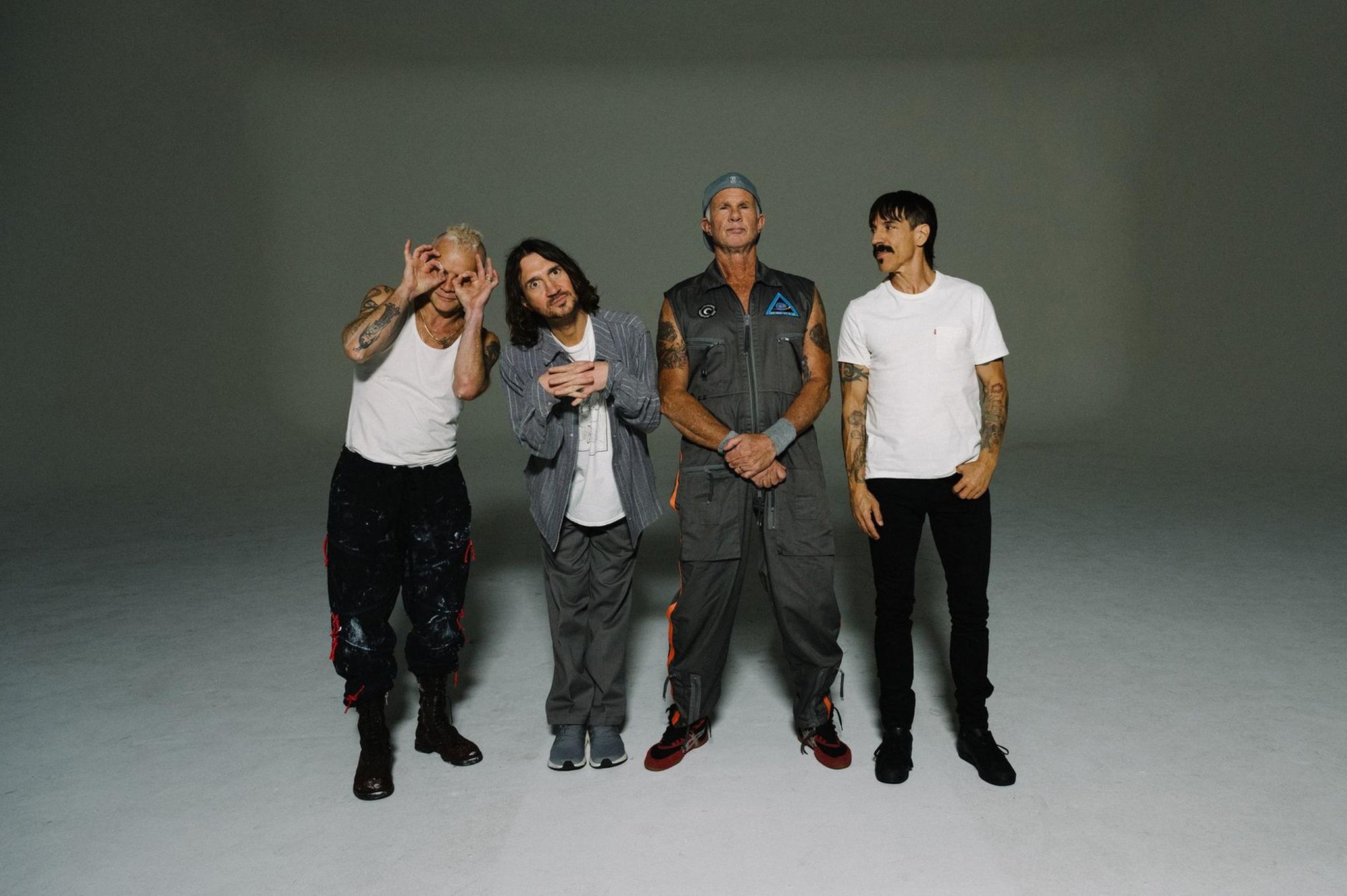 Kae Tempest: The Line is a Curve (Fiction Records) ***

Register to our daily newsletter

The newsletter mute the noise

Jarv Is: This Is Going to Hurt Original Series Soundtrack (Rough Trade) ****

For their twelfth studio album, Hot red peppers reunited the gang – in particular, inviting their on-off guitar god John Frusciante back into the fold for the first time since their 2006 album Stadium Arcadium and returning to work with producer Rick Rubin, the bearded wizard who played his hands-on witchcraft on their best-selling albums beginning in 1991, the breakthrough Blood Sugar Sex Magik.

Their decision to gently relieve Josh Klinghoffer and Danger Mouse of their respective roles seems to have paid off. The band whittled down 100 potential tracks to just 50 in the studio and released 17 positively svelte numbers, comprising over 70 minutes of music, which they described as “the ride that’s the sum of our lives”.

Unlimited Love arrives in its laid-back California freshness just in the spring, showcasing an artistic balance where all four members manage to excel without dominating. Their natural relationship to muscle memory is evident on the opening track Black Summer. You would never know that Frusciante had put his guitar aside for the past ten years as he layered in psychedelic flavored sounds inspired by his recent favorite listening to The Move and Syd Barrett.

Flea takes the lead on Here Ever After with a loud, choppy bassline, while frontman Anthony Kiedis rolls in near-rap mode. He’s putting words together on Aquatic Mouth Dance while Flea provides the conversational bass leads and delivers soft, pleading vocals over slick guitars on Not the One.

Supple bass and guitar intermingle on It’s Only Natural, Frusciante rips it like Pete Townsend on 70s power rocker The Great Apes and gets grungier on These Are the Ways, which also includes an athletic drum fest from Chad. Smith. There’s a nod to their ’90s musical predilections on the edgy funk of Poster Child and the driving pop rock of Let ‘Em Cry is spiced up with supple bass, guitar soloing and Bacharachian horns.

The spoken word artist’s latest album Kae Storm isn’t quite hearts and flowers, but its creator hopes The Line Is a Curve will prove to be a “less lonely listener” now that they’ve exorcised old demons and feel able to emerge from behind. storytelling to produce a more personal set of Lyrics.

One of the joys of the BBC’s excellent adaptation of Adam Kay’s memoir This Is Going to Hurt was the compassionate soundtrack provided by Jarv is, with much of it recorded live for playback. Just as the show is a beautiful tonal balance, ranging from biting wit to slapstick disaster, silent desperation to visceral tragedy, Jarvis Cocker and his pals smoothly transition from spectral, wispy piano instrumentals to full orchestral chic to the Krautrock propellant through this “love song to the NHS”.

In his latest album Delphian, the melodious voices of The Choir of King’s College London focus exclusively on the music of Edward Nesbit, a young professor of composition at the same university. It’s a comfortable yet refreshing avenue for director Joseph Fort and his choristers to explore, Nesbit’s music enhancing his own experience as a chorister of the Anglican liturgy with contemporary leanings that liberate those traditional parameters – the mass, the psalms, the evening hymns – anything approaching the ordinary. In the mass, for example, a center organ interlude played by Joshua Simões, swings madly between manic jazz and Messiaen in chords, a punch in the arm amid velvety choral writing and soaring soprano solos from Ruby Hughes. The five Evening Psalms are individual expressive gems, including a gently animated Psalm 23, and beautifully flowing King’s Service hymns. The Fanfares and rounds for organ open like a tribute to Kenneth Leighton, all in his honor. Ken Walton

Award-winning pianist-composer Fergus McCreadie and his trio with double bassist David Bowden and drummer Stephen Henderson go from strength to strength, manifesting McCreadie’s deftly organic infusion of Scottish folk elements into highly articulate jazz piano. Their superb third album opens with Law Hill’s exhilarating headlong rush, before showing McCreadie’s penchant for a haunting melodic hook in The Unfurrowed Field, including a conversational bass solo and a joyful final drum party and piano stunts. The gamelan-like keyboard chimes evoke the serenely drifting morning moon and there’s also a stillness in the rolling whispers that announce the title track’s wistful melody. White Water, meanwhile, swirls over a hypnotically repetitive bassline and sibilant cymbals, while the final Glade gently takes us on a Satie-like meander. You can hear it all live when the trio launch Forest Floor at Queen’s Hall in Edinburgh on April 8. Jim Gilchrist

A message from the editor:

Thank you for reading this article. We are counting on your support more than ever, as the change in consumption habits caused by the coronavirus has an impact on our advertisers.