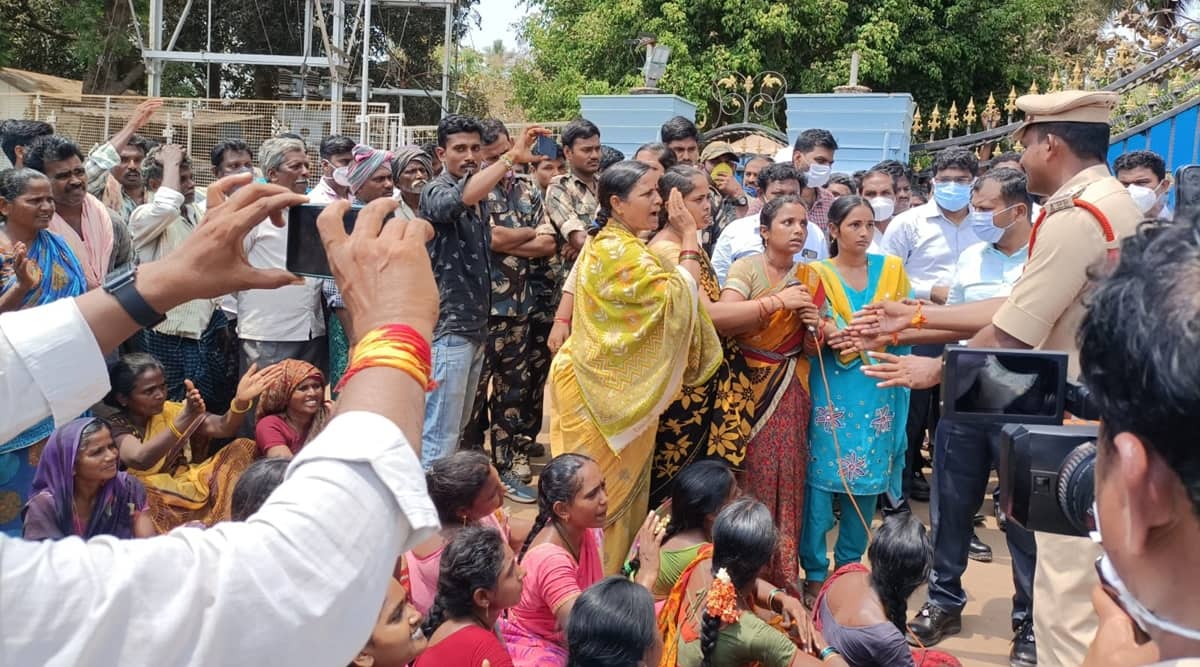 Hundreds of villagers held a dharna as a government team opened an investigation and held a public hearing in Akkireddigudem. Residents of Surepalli and Gogulampadu villages as well as those of other neighboring villages of Munusuru Mandal have also called for the plant to be closed.

As a team comprising the Common Collector of Eluru, Sub-collectors of Eluru and Nuzvid, officials from the State Pollution Control Board, Andhra Pradesh Eastern Power Distribution Company Limited (APEPDCL), the factory department and groundwater department inspected the factory, local residents surrounded the premises of Porus Laboratories Private Limited and increased their demand.

The team then held a public hearing where the villagers unanimously reiterated the demand. Residents have complained that the water pollution caused by the plant has caused them health problems, in addition to causing losses in agriculture and livestock. They also complained about the loss of their livelihoods due to the factory. Samples of polluted water were presented to officials.

Rohith Gutta of the Human Rights Forum (HRF), who raised the issue with district officials, said: “At the end of the day, everyone wanted the factory closed permanently.” The forum highlighted the possible failures in the maintenance of the plant and the laxity of services such as the pollution control office in the face of these companies.

The fire on the night of April 13 was believed to have been caused by a power outage and malfunctioning backup system, the forum said. The failure of both systems heated a reactor which exploded, causing a massive fire, HRF said. A team of two HRF members visited the village on April 16 and spoke to villagers, families of victims, factory workers and former factory workers to verify the facts.

“The night of the incident, when the reactors and the cooling system were working. there was a loss of power. A continuous supply of brine solution at minus 16 degrees from the cooling system to the reactors is essential. When the power went out, workers tried to power the system using alternative power systems only to find the batteries needed replacing. As this was done, one reactor heated up and burst into flames,” an HRF statement said.

Joint collector Arun Babu said the district administration and the pollution board had already ordered the plant’s management to keep it closed. Pollution Control Board chairman AK Parida said the plant’s electrical and water connections had been disconnected.

Exclusive: Zelensky says Ukraine won’t give up territory in the east to end war with Russia