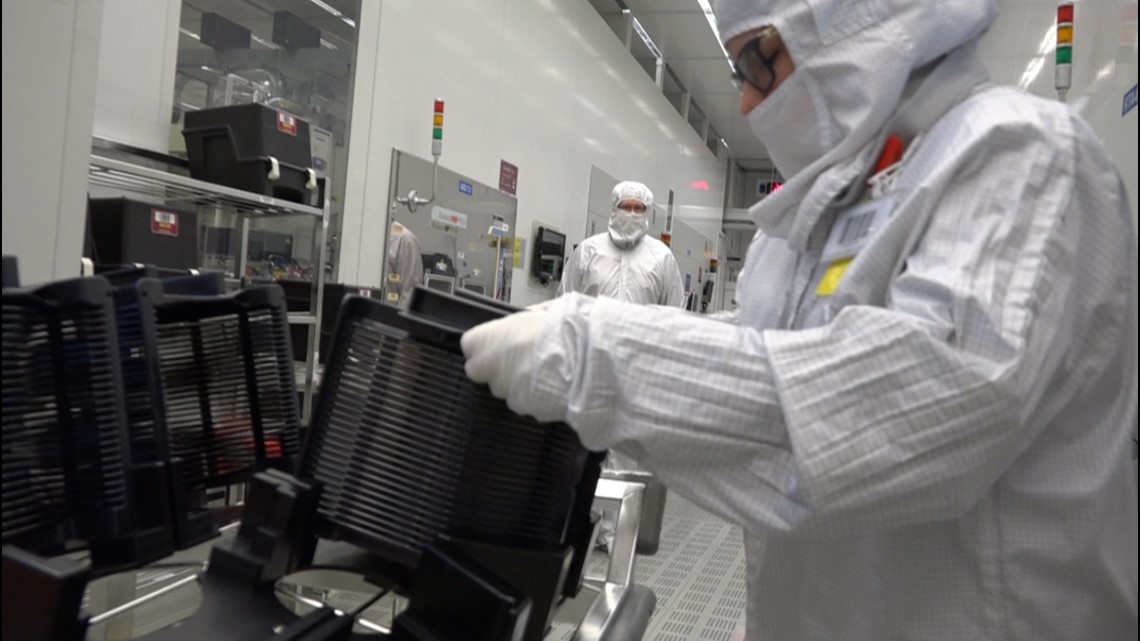 AUSTIN, Texas — Austin-based semiconductor maker Infineon Technologies announced this week that it is switching the operation of its local factory to 100% renewable energy.

“Infineon will use Austin Energy certified renewable energy from local wind farms in Texas,” said Vice President of Operations Steve James. “It means a little extra cost to us, but we really think it’s important just to show how important it is for the planet to start going green.”

Infineon said it was one of the first semiconductor companies to set a carbon neutral goal for its global operations in early 2020. Last year, it switched all of its electricity consumption in Europe to carbon. green electricity.

“We are very pleased to announce the next step in converting our largest North American plant to green energy as part of our global effort to achieve carbon neutrality by 2030,” said James. “By the end of this year, 100% of our electricity consumption in the United States will come from renewable energy. Infineon is strongly committed to protecting the climate by reducing its own footprint and promoting energy efficient technologies. As a market leader in power semiconductors, Infineon makes a significant contribution to energy efficiency across the entire energy chain.

Over the past four decades, the company has strived to produce and use energy more efficiently. Today, Infineon claims to contribute a 33 times greater net environmental benefit through its products.

Semiconductor manufacturing facilities are among Austin Energy’s most energy-intensive customers. According to James, the company’s Austin plant uses 30 megawatts of electricity per day. Most of this energy is used to keep clean rooms and pumps running around the clock.

“We think in the long term it changes the behavior of power producers where they’re going to produce more and more green power because that’s what we’re buying,” James said. “Therefore, we are making our contribution to the global reduction of carbon emissions.”

According to James, making chips themselves is quite an efficient process. Support systems consume the most energy.

James added that the plant already has green policies in place, including recycling and reusing the majority of the water that goes through the machines.

“We recycle about two-thirds of our water and reuse it or either clean it and reuse it or use it for other purposes after it’s been used once,” James said. “We’re sending a message to the world. I mean, our entire company is committed to this. And all of our other factories will be carbon neutral by 2030.”

The local factory, called Fab25, employs 1,000 people and creates up to 1 billion semiconductor chips a year.

The hottest weekend of the year expected so far; first three-digit day possible

Sailvan Times Technology Co., Ltd., the owner company of Ancheer, which has excellent sales performance, launched a new brand of electric bicycles in 2022

The best stock values ​​are often found on the discard pile