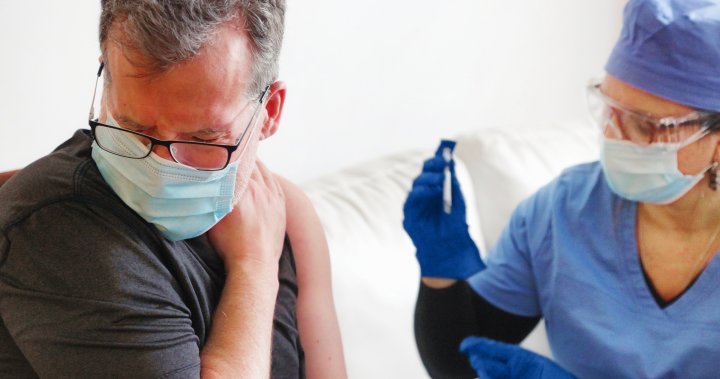 Calgary-based Providence Therapeutics said it has signed two contracts to have its development mRNA vaccine for COVID-19 made in Canada.

The company says it signed a five-year, $ 90 million contract with Emergent Biosolutions to manufacture some of the drug substance, as well as to fill and complete the vaccine, at its manufacturing facility in Winnipeg.

Another $ 15 million contract was signed with the North Calgary RNA Company to manufacture some of the raw materials needed to produce the vaccine’s messenger RNA.

Providence reported this week that a Phase 1 trial, involving 60 adults between the ages of 18 and 64, showed that its mRNA vaccine produced levels of immunity comparable to those produced by licensed mRNA vaccines from Pfizer-BioNTech and Moderna.

A phase 2 clinical trial involving 525 people is now about to begin to further test the safety and effectiveness of the vaccine.

Canada has yet to clear a Canadian-made vaccine for COVID-19 and has relied primarily on importing mRNA vaccines from Pfizer and Moderna.

As of Tuesday, 26 million Canadians have been fully vaccinated against COVID-19, and an additional 2.4 million people have received their first dose.

1:11
Immunization cards will be available for Albertans to print this week

Immunization cards will be available for Albertans to print this week

Canada’s low vaccine manufacturing capacity was a major issue prior to the COVID-19 vaccine procurement process and the federal government is working to develop the industry.

Moderna and Pfizer’s vaccines are the first mRNA products authorized for widespread use and have been critical in helping slow the COVID-19 pandemic in Canada and elsewhere.

The technology is being researched for use on a number of other conditions, including cancers and influenza.

Moderna recently signed an agreement to build a factory to manufacture its mRNA vaccine somewhere in Canada, but the location has yet to be decided. Earlier this week, Moderna announced that it had also signed a contract with National Resilience for the latter to start producing the mRNA used in Moderna’s vaccine.

Emergent BioSolutions is based in Maryland and has several facilities in the United States, Canada and Europe. The company came under heavy criticism earlier this year when a manufacturing error at a site in Baltimore, Maryland resulted in the destruction of at least 60 million doses of Johnson & Johnson’s COVID-19 vaccine.