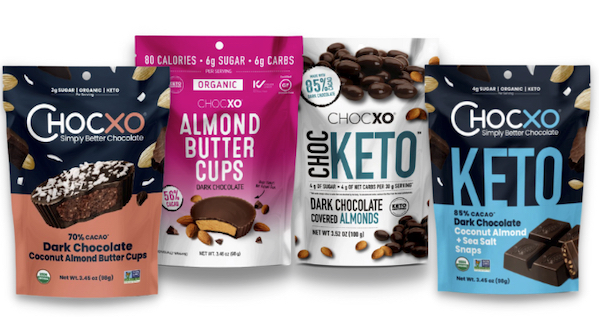 Chewters, based in British Columbia, manufactures Chocxo, a low-sugar, simple-ingredient brand of organic chocolate, and serves as a contract manufacturer for many North American customers. Chocxo has seen strong sales growth over the past few years, especially with major US customers. With its Vancouver-area plant reaching production capacity, Chewters began looking for expansion opportunities in the United States.

“As our business expands in the United States, finding a central manufacturing and distribution site that will allow us to effectively meet the demand of our US customers is critical,” said Richard Foley, CEO of Chewters Chocolates. “We look forward to kicking off this exciting build and working with the great Rockwall community to bring this chocolate factory to life.”

Chewters plans to develop the 189,000 square foot facility on 10.6 acres in Phase II of Rockwall Technology Park. It will include up to four chocolate production lines, warehouses, offices and a small retail store for direct consumer purchases of chocolate and Chewters/Chocxo products. The company also plans to offer self-guided tours with glass observation rooms, allowing visitors to see the chocolate production process up close.

“We are extremely pleased to announce that Chewters Chocolates has selected Rockwall for its expansion,” said Rockwall Economic Development Corporation (REDC) President Phil Wagner. “First and foremost, their investment will be used to expand the city, county and school district’s tax base, which will help ensure that we can continue to have high-quality government services in Rockwall without any the tax burden will not be placed on local residents.Beyond that, the retail store and factory tours that Chewters will offer will bring a public element to Tech Park that we have never had before.

Chewters selected Rockwall after contacting the Texas governor’s office and initiating a request for proposals process. The REDC responded to the request in January 2021 and in March 2021 Foley was in Rockwall for a site visit. Later that month, Foley wrote a letter of expression of interest, stating his intention to build a chocolate factory in Rockwall. By October, Chewters and the REDC had entered into a formal land acquisition, development and incentive agreement.

“Exceptional businesses flock to the Lone Star State because of our world-class business climate and unrivaled, highly skilled and diverse workforce,” Governor Greg Abbott said. “Chewters Chocolates’ expansion into Texas is a major boon to our economy and the hard-working people of Rockwall, and I look forward to a continued partnership with the company as we create greater economic opportunity and a brighter future for all Texans.”

Chewters hired design-build firm DB Constructors of Fort Worth to build the new manufacturing facility. The facility is currently under design, while engineering and site plan approvals will be considered in the coming months. Chewters expects to innovate by the end of the year, with plans to be fully operational in early 2024.

India Agricultural Equipment Market Growth 2022, Share, Size and Forecast to 2027 – This Is Ardee