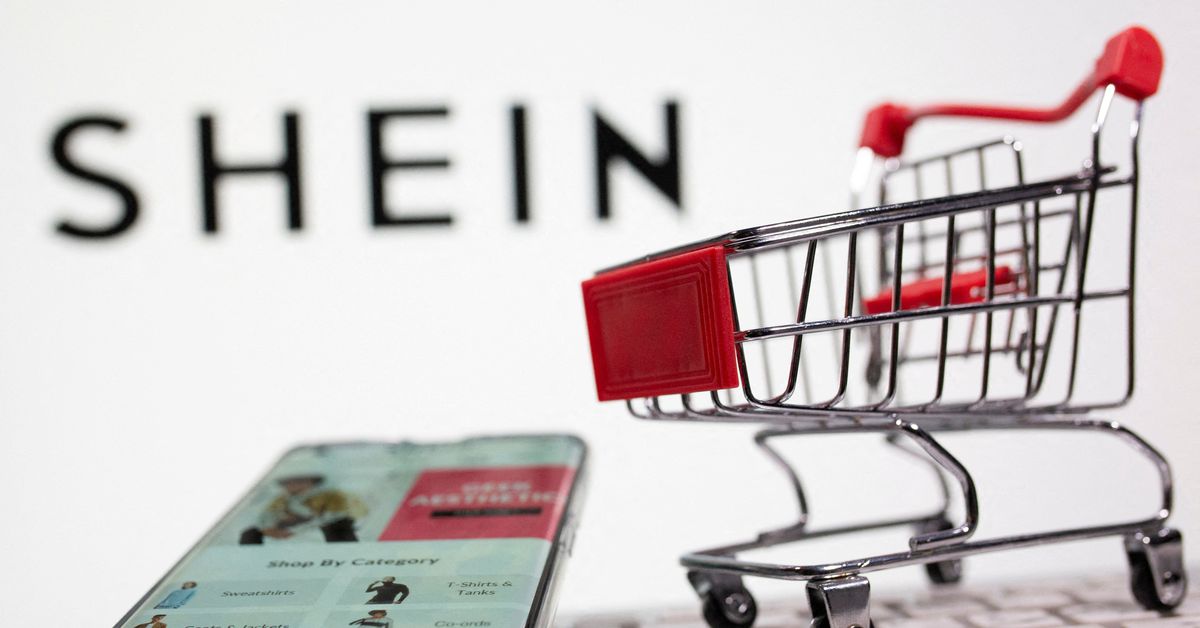 A keyboard and shopping cart are seen in front of a Shein logo displayed in this illustration photo taken October 13, 2020. REUTERS/Dado Ruvic/Illustration

SYDNEY, Feb 25 (Reuters) – Chinese fashion retailer Shein’s planned IPO in the United States has been put on hold due to volatility in capital markets amid Russia’s attack on the Ukraine, said two people with direct knowledge of the matter.

Reuters reported last month that Shein has revived plans to list in New York this year and that its founder is considering a citizenship change to circumvent proposed stricter rules for offshore initial public offerings (IPOs) in China. Read more

The IPO plan has been put on hold for the second time due to high market volatility over the past month which has been exacerbated in recent days by the invasion of Ukraine, the people said.

Investors regained their risk appetite overnight after some steep initial losses earlier on Thursday, as they weighed the longer-term impact of tough Western sanctions on Russia after it dropped troops, tanks and missiles over Ukraine.

But some analysts fear the rallies will be short-lived. Read more

Shein is currently in a strong financial position, one of the sources said, and the company did not want to risk its reputation by pursuing a deal in uncertain markets.

The company has no plans to relaunch its listing plans later this year, the source added.

Shein has no plans for an IPO, a company spokesperson said, without providing further details.

The sources declined to be identified as they were not authorized to speak to the media.

The impact of the Ukraine crisis on deals has so far been muted as firms and their advisers try to assess how long it might last and what its outcome will be, investment bankers said.

Mergers and acquisitions in advanced stages of negotiations are expected to continue, bankers said. However, if market volatility continues, early-stage planning firms may begin to abandon trades, they added. Prolonged volatility would also put the stock market debut on hold, bankers said.

Exposure to Russia and Ukraine will now be considered by negotiators. For example, tech companies with programmers or other employees based in Ukraine or neighboring countries may struggle to go public or be acquired, bankers said.

Shein, which has grown into one of the world’s largest online fashion marketplaces since its 2008 launch in Nanjing, was valued at around $50 billion at the start of 2021. It produces clothes in China to sell online in the United States, its largest market, in Europe and Asia but does not sell in China.

It began preparing for a U.S. IPO about two years ago but scrapped the plan in part due to unpredictable markets amid growing U.S.-China tensions, sources said.

It was unclear how much the company was looking to raise from its New York debut.

The planned IPO would have been the first major U.S. stock deal by a Chinese company since regulators in the world’s second-largest economy decided to step up scrutiny of such listings in July.