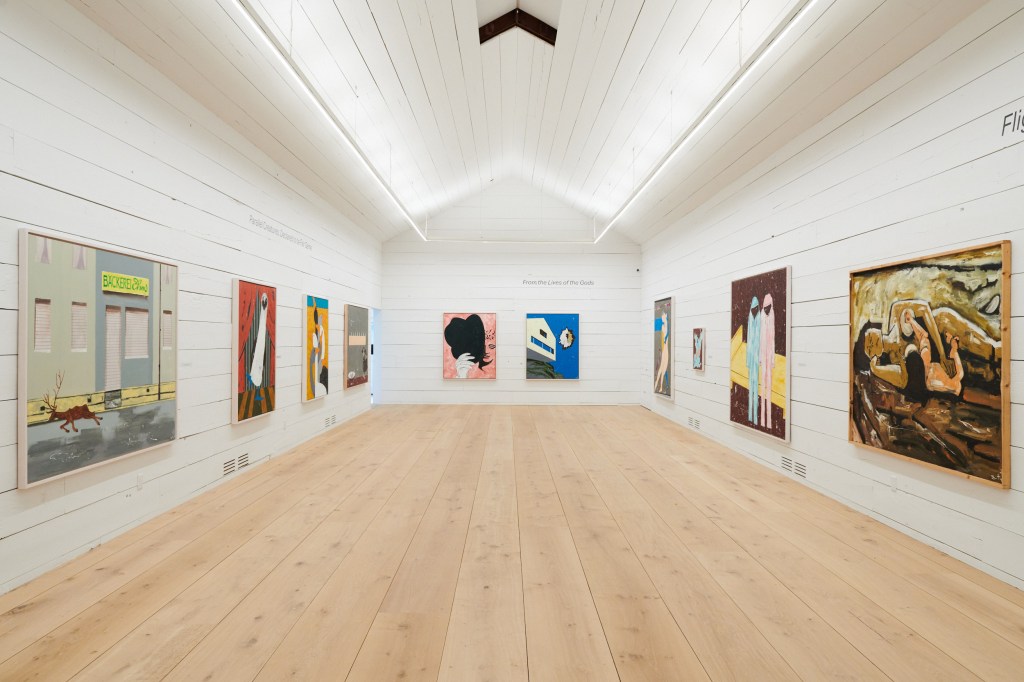 Dealers are investing in the Hamptons’ nascent art scene for the long term – ARTnews.com

Every summer New Yorkers leave the city for the Hamptons, heading there for the beaches, drinks and fancy restaurants. Last Memorial Day weekend, something else also drew Manhattan residents: the Hamptons art scene, which has transformed over the past two years.

There has always been an art scene in the Hamptons, but never before has it seemed so vibrant. More spaces continue to open in the area, and instead of setting up pop-ups, as dealers have done over the past two years, some gallery owners are making a concerted effort this summer to invest in ambitious programming that will extend beyond this season that includes international and local artists, often with a strong focus on the region’s rich artistic heritage.

The momentum began in 2020, at the start of the pandemic, when Manhattanites ventured east to shelter in hamlets on Long Island. They casually took rentals or bought mansions and enrolled their children in private and public schools, which they hoped would open in-person classes sooner than their city counterparts.

While these Manhattanites waited for this to happen, galleries and auction houses dutifully shipped works to outposts stretching from Southampton to Montauk, like nomads in pursuit of migratory prey. Among those that did were galleries like Van de Weghe, Lisson and Di Donna, all of which created seasonal spaces that closed at the end of the season.

Now, some dealers are betting even bigger by opening permanent galleries in the Hamptons.

“It felt very natural to come here,” New York merchant David Lewis said during the opening reception for his new space in East Hampton. “The scene here has become much larger and more vibrant, and I thought it would be a good idea to be a part of it.”

To David Lewis, a series of works by Thornton Dial, a self-taught artist whose work is now seen more and more widely, with the Met acquiring ten of his works in 2014. At the reception, paintings focusing on the Dial’s use of the tiger motif, which symbolized his personal struggle for survival and the larger fight for civil rights. Of this work, Lewis said: “There is a seasoned and sophisticated clientele in the East End, so it makes sense to bring high quality work like Dial’s here.”

Ellie Rines, founder of the Lower East Side gallery 56 Henry, attended many of the events this weekend and saw that the scene had matured since the initial panics at the start of the pandemic.

“Last summer there was this glut of people taking over clothing stores, putting paintings in there and calling it a gallery,” Rines said. To his relief, the scum seemed to be gone, giving way to more thoughtful programming. Of Max Levine’s new space, the Ranch, Rines said, “The Ranch raises the bar for new institutions in the East.”

Founded by a former director of the Marlborough Gallery, Levine has brought an ambitious series of works to this space, now in its second season. At last Sunday’s opening reception, monumental sculptures by Frank Stella were on display. In a stable converted into a gallery, there was an impressive exhibition of Werner Büttner’s paintings. The other barn remains a stable, and in the pasture are grazing horses that made a nice backdrop to Levine’s barbecue.

But as much as these new spaces have to offer, Rines is particularly fond of the local galleries hailing from the Hamptons that have championed East End artists for the past decade.

“You have to show high-quality artwork to counter all the Hummers and idiots coming out of the East,” Rines said. “That there’s a strong art scene against this is because of places like Halsey McKay and Eric Firestone.”

Halsey McKay exhibited a series of works by Matt Kenny. Kenny’s paintings of the World Trade Center look like iPhone photos at first glance, with sharp shadows and the diminished angle that comes with pointing his phone camera at a skyscraper. Upon closer inspection, a surprise strikes: a cartoonish, menacing figure emerging from the buildings in each painting.

Eric Firestone Gallery presented “Hanging/Leaning: Women Artists on Long Island, 1960s–80s,” a huge tribute that spanned the gallery’s usual showroom and expanded warehouse space a little further. away on Newtown Lane, a road just off which includes a range of shops such as Cartier and Stop & Shop.

And the season has only just begun: major exhibitions and events at local museums like the Parrish have yet to take place.

Even though things have changed, the scene remains the same in some ways. Children abound, running around while their parents sip rosé, and price lists—those little-seen and highly guarded slips of paper in city galleries—float around the room, placed next to press releases or under sweaty cups.

“All of these pop-ups from last year took the focus away from the unique art story there,” Rines said. “The local artist community has maintained that history and those standards, so you have to ignore the frenzy of, like, the Sotheby’s saleroom.”