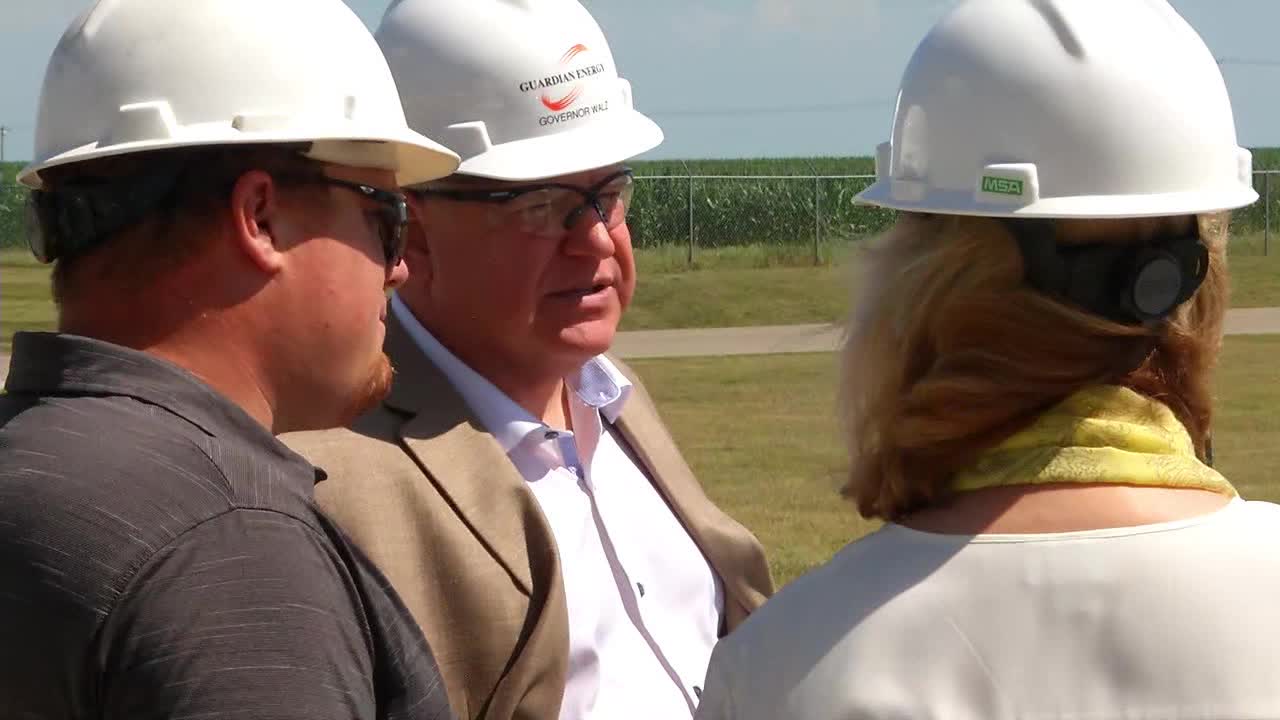 “Our producers are here,” Gov. Walz said Friday while touring an ethanol plant near Janesville, just east of Mankato. “We have people who are hired in the region. They produce fuel that we consume.

Walz toured the Janesville-based ethanol plant, seeing firsthand how corn is turned into ethanol for use in blended fuels.

Walz said ethanol-blended fuel is better for the environment, creates jobs and saves Minnesotans money at the gas pump at a time when it’s a huge extra expense.

“When people think about fuel prices, they should know that ethanol has been driving those prices down for years,” Walz said. “They cleaned up the environment. They created jobs.