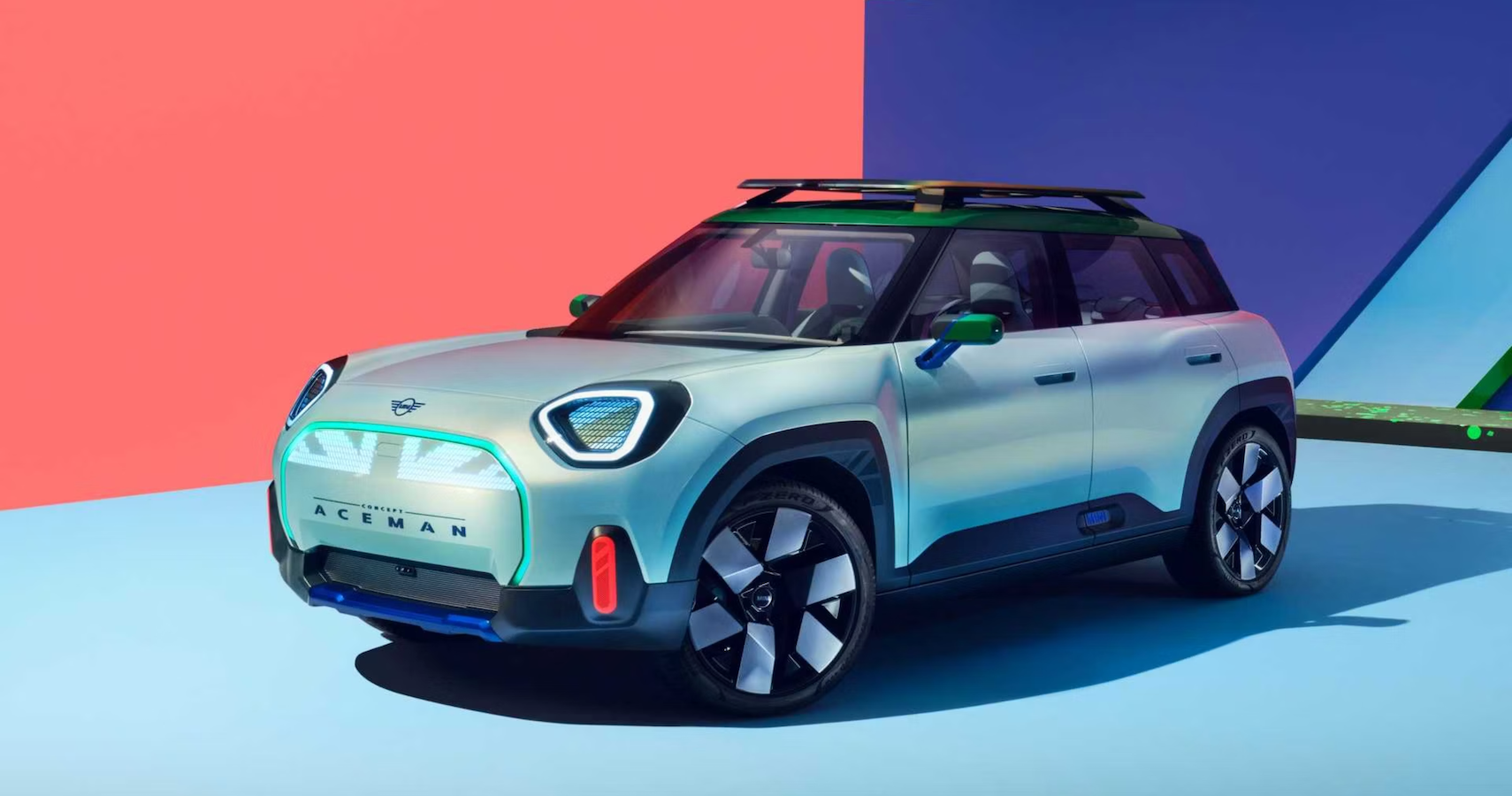 Here’s what we love about the MINI Aceman

MINI started producing electric automobiles not so long ago. Now the automaker has unveiled a new concept dubbed Aceman, a visual teaser of its next generation of electric vehicles. Specifically, the new MINI Aceman exemplifies the future of sustainable, connected automobiles by combining advanced technology with exhilarating simplicity and performance.

The Aceman is built around a stretched version of the all-new Spotlight platform, created by BMW and Chinese company Great Wall. The next-generation MINI electric sedan will use the same fundamental construction. The automaker hasn’t hinted at the battery capacity or expected operating range of the final Aceman product. However, we do know that the new MINI electric hatch, which uses the same Spotlight architecture as the concept model, will be offered in a Cooper version with 184 hp, a battery capacity of 40 kWh and a range of around 190 miles.

There will also be a 224 hp Cooper S. A 50kWh battery means it can go around 250 miles on a single charge. Aceman’s final numbers shouldn’t deviate too much from these preliminaries. MINI’s commitment to an all-electric future and its core values ​​– an engaging digital experience and a commitment to reducing the company’s environmental impact – are reflected in this concept car. According to Stefanie Wurst, head of MINI, the MINI Concept Aceman hints at an entirely new car, bridging the gap between the MINI Cooper and the MINI Countryman.

Related: Check out this mini electric restomod with a good 5-speed manual

According to Adrian van Hooydonk, Head of BMW Group Design, the design language of the MINI Concept Aceman marks the start of a new design era for MINI. Hooydonk goes on to say that the design elements of the MINI brand have always been instantly recognizable. The company is returning to them, but always improving them with cutting-edge technology. Using this technique, they are redeveloping the symbols of MINI design, with all their analogue qualities, for the digital future.

The concept’s athletic shoulder, strong rear and vertically arranged taillights all stem from its innovative design. The MINI Concept Aceman is available in a striking turquoise shade called Icy Sunglow Green. The roof is painted in a contrasting shade of British Racing Green Metallic. Likewise, the trim around the lower body is also completed with a dark green color. The vehicle’s energetic personality is enhanced by accents of blue and rosy orange.

In its spacious interior, the MINI Aceman can accommodate five people. The dimensions of the concept are 159.4 inches in length, 78.3 inches in width and 62.6 inches in height. The rugged nature of a crossover designed for city driving is underlined by details such as wide body contours, aggressively curved wheel arches, 20-inch wheels and an eye-catching roof rack.

Typical of electric vehicles, the Aceman has a closed central grille. To generate amazing lighting effects to welcome its guests, matrix LED modules are integrated in its upper part. The taillight logo and sturdy roof bar use the brand’s signature Union Jack pattern, a nod to the company’s British heritage.

Related: 8 Things to Know Before Buying the 2022 Mini Cooper S

As with the exterior, the interior of the MINI Concept Aceman is characterized by a minimalist aesthetic, with clean lines and precise details. The instrument panel is a single flat piece that runs the length of the cabin. For the first time, a fully spherical OLED display serves as the central instrument. Here we have a modern take on the traditional toggle switch bar, which is organized differently but has the same basic functionality. This project is very MINI in that it successfully marries cutting-edge digital technology with classic aesthetic touches.

Additionally, the interior is molded by contoured door panels, a center console that extends into the rear and attractive color combinations. Discreet shape and integrated head restraints characterize the seats of the concept. Flat knit, velor pile, waffle weave, houndstooth pattern and embroidered X and O patterns give the seating surfaces a dynamic three-dimensional look. The absence of chrome finishes continues inside and out.

As the driver approaches the car, the Mini Companion’s sensor-based animation begins to play a welcome scene with lights and music. Additionally, the UI is now updated with an all-new graphical display, along with a contemporary design and aesthetically pleasing widgets. The most recent version of the MINI operating system, which for the first time is based on an Android Open Source Project (AOSP) software stack, will serve as the basis for the display and control system of the future production car.

Sales of electric vehicles are expected to account for 50% of total MINI sales by 2027, and the company aims to launch its final model powered by a conventional internal combustion engine in 2025. In 2021, MINI sold 302,000 automobiles across the world. It is not yet known whether the MINI Aceman will be available in the United States.