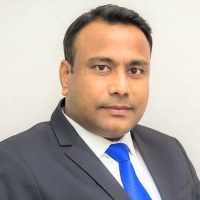 The Indian government has taken many important decisions in recent years to boost the country’s manufacturing ecosystem. The Make in India scheme, the improved ease of doing business, the Production Linked Incentives (PLI) scheme and the introduction of the Goods and Services Tax (GST) have collectively improved the ecosystem manufacturer. This notable improvement attracted national and international companies to the country and helped make consumer electronics more affordable for the end consumer.

Gone are the days when the wealthy only bought automatic washing machines, dishwashers, portable speakers or LED TVs. Coupled with rising income levels, the price of these products has corrected from a few years ago. It is now within reach of most modern Indian consumers.

The future is equally bright for the consumer electronics industry. According to a report, nearly 60% of Indian households will be in the consumer class by 2029. The report adds that India, along with China and other Asia-Pacific countries, would account for 50% of the global growth in private consumption between 2019 and 2029 (compared to 20% currently).

Role of the pro-manufacturing ecosystem in making consumer electronics affordable

India is now one of the largest telecommunications markets in the world. With one of the cheapest internet rates and affordable mobile phones, the country is going through a data revolution that is fueling the national and global economy. From the days when India imported mobile phones worth $8 billion some seven years ago, the pro-manufacturing ecosystem has ensured that India has become the second largest manufacturer of mobile phones. The smartphone revolution in India has provided a wide choice of products at all price points – from entry-level to ultra-premium products for the Indian market.

For example, products like LED TVs and automatic washing machines have seen the entry-level price drop with the growing number of players and an ecosystem supporting large-scale manufacturing in the country. The government has ensured that almost all LED TVs sold in the country are made in India compared to the massive imports that took place a few years ago. At the same time, changing consumer demand also plays a vital role in driving this growth. Dishwashers, for example, were rarely found in Indian households a few years ago, but thanks to the COVID-19 pandemic, the product has found its way into the market.

Government support even for small consumer electrical products like smart watches, headphones and portable speakers is visible to make these products more affordable for the Indian consumer.

The Product Linked Incentives (PLI) program was launched for sectors such as electronics and technology products, telecommunications and networking products, white goods (AC and LED) and semiconductors to stimulate the large-scale manufacturing. It propels the level of efficiency of supply chains and aims for further improvement of the manufacturing ecosystem.

It can be a momentous move for the industry if the government can further relax trademark and patent standards to support the innovative spirit in the country. Be it 5G technology, artificial intelligence, virtual reality, cloud, internet of things and robotics, the future of Indian consumer electronics industry includes many innovations that will attract the consumer’s attention. However, all players in these segments must provide affordable and sustainable technology solutions to create a lasting impact in the industry.

For a country aiming to establish a $300 billion electronics manufacturing ecosystem by 2026, continued government support can be instrumental in achieving this goal. Of the $180 billion worth of electronic goods consumed in the country, the share of Indian electronics stands at 8% compared to the 92% share of global brands. Initiatives like Atmanirbhar Bharat and Vocal for Local are key in getting consumers to prefer Made in India brands over imported options.

The opinions expressed above are those of the author.

Negative start to September as yields continue to rise