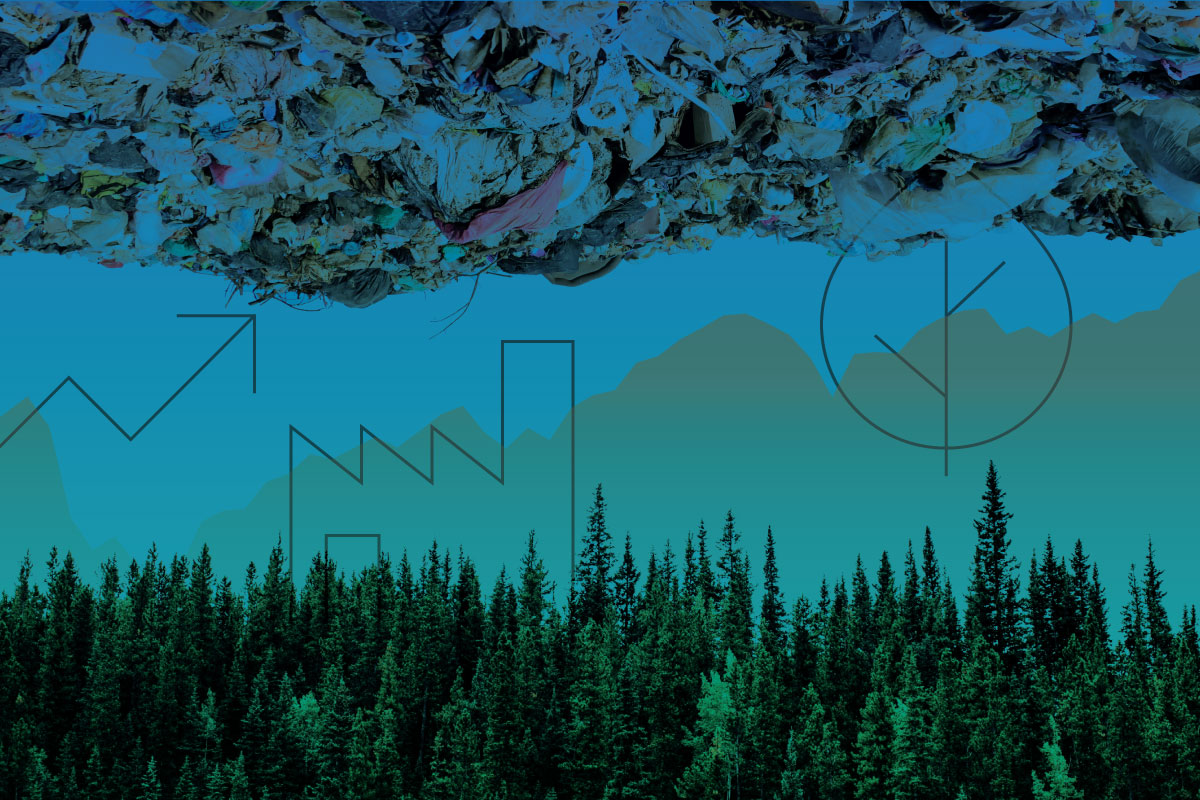 More climate-related disasters are expected around the world and in the United States, creating growing interest in a range of investments among industrials, the construction sector and other reconstruction actors. For starters, the first half of 2022 saw aggregate losses estimated at $65 billion, dominated by weather-related disasters like tornadoes in the United States, floods in Australia, and extreme heat in Europe, according reinsurer Munich Re. During the year to July 11, there was new catastrophic weather/climate events in the United States with losses exceeding $1 billion each, namely severe storms and drought.

More property damage and reconstruction will be needed as the climate warms. The Intergovernmental Panel on Climate Change said that global warming leads to “an increase in the frequency and/or intensity of certain extreme meteorological and climatic phenomena”. These include heat waves, heavy rains, floods, drought and an increase in tropical cyclones.

Consider the Texas freeze of 2021, as the Texas grid failed following winter storm Uri. The American Society of Civil Engineers valued the cost could be $300 billion. The damage occurred in the energy network and throughout the agricultural sector, but the frost also affected buildings as pipes burst and snow and ice lay on rooftops, triggering a spending spree. After the freeze, an Austin-based Morningstar colleague bought a giant battery to power his fridge, an accompanying solar panel, water shut-off tools and insulation for his doors. “We prepared much better in case it happened again,” he told me.

Reducing emissions will affect how we build and invest

In addition, the need to reduce carbon emissions will affect entire parts of the building ecosystem, from materials to the final product. Nearly 40% of global energy-related carbon emissions come from existing building stock, related to inefficiencies and other issues, and from the construction of new buildings. Increasingly, regulators will force change. This will create risks and opportunities for a range of players in the construction ecosystem, according to Morningstar principal analyst Grant Slade. For example, the heaviest building materials, including concrete, will have the largest carbon footprints and face the greatest threats from regulatory intervention.

Slade also cites “deep energy retrofit” to reduce the carbon footprint of existing buildings over the next few decades, meaning renovation and retrofitting.

The Inflation Reduction Act should reduce emissions by 40%. This is why investors are bullish on industrial and construction stocks. “We are looking for ways to invest in upgrading our infrastructure across all sectors to reduce the rate and ultimate severity of climate change, including power generation and grids, buildings, food production, all forms of mobility,” says portfolio manager Dan Abbasi, who oversees environmental strategy at New York-based Douglass Winthrop Advisors. “There is an opportunity for [companies] to reduce embodied carbon,” or the greenhouse gases emitted during the manufacture of the materials used to construct buildings and infrastructure.

7 of the best investments among industrial stocks, reconstruction plays

United Rentals URI. A number one player in equipment rental, United rents heavy equipment used in construction. It’s also a game about the sharing economy. “It’s the Uber of heavy equipment,” says Abbasi. United is already taking advantage of the Infrastructure Act of 2021. Climate-related reconstruction will be a new source of demand. A long-term investor, Abbasi estimates United will be worth $620 a share, conservatively, in 2031. Morningstar analyst Dawit Woldemariam expects strong rentals to boost United’s revenue by 18% this year, with contractors renting equipment to meet demand. At $339 per share, United is trading exactly at Woldemariam’s fair value estimate. United has a low Morningstar Sustainalytics ESG risk rating.

ADSK from Autodesk. A leader in architectural engineering software, Autodesk helps reduce waste in the construction process. Also, “they were the first to create the Embodied Carbon in Construction Calculator,” says Abbasi. At least half of the carbon footprint of new buildings comes from embodied carbon. The construction industry struggles to measure it. But a recycled steel beam made in a kiln powered by renewable energy will have a different carbon footprint than a virgin steel beam made in a coal kiln. The new tool helps builders make smarter choices when specifying and sourcing. This year, shares of Autodesk have lagged on fears that economic uncertainty will affect revenue. Still, customers are stubbornly loyal because software training can take years to master, says Morningstar analyst Julie Bhusal Sharma. At a recent price of $228, Autodesk is trading just below Sharma’s fair value estimate of $230. It has a low ESG risk rating.

Trimble TRMB. Trimble offers tracking hardware and software to increase productivity, for example by helping farmers till and spray more accurately. It now offers software that allows utilities and governments to focus on maintaining and building infrastructure. Abbasi thinks Trimble could be worth $165 a share in 2031. At around $70, Trimble is trading just below Morningstar’s quantitative fair value estimate of $74.58. It has a low ESG risk rating.

Graco GGG manufactures fluid handling products for contractors, homeowners and industry. These products include, above all, spray guns. He also makes guns that blow insulation into walls. “It’s the high efficiency and high quality of their products, built to last, [that attract] tradespeople who need to renovate and change buildings over time,” says Pablo Berrutti, Sydney-based senior investment specialist at Stewart Investors, who manages a variety of sustainable strategies for global clients. Graco is “a pick-and-shovel company” that will do well in most economic environments, Berrutti says. Morningstar analyst Krzysztof Smalec says Graco enjoys a wide Morningstar moat rating, citing its engineering capabilities, reputation for quality and experience handling hard-to-move liquids. Customers are reluctant to change. At around $71, Graco is trading below Smalec’s fair value estimate of $73 per share. It has a high ESG risk rating.

Watsco WSO is the largest distributor of air conditioning, heating and refrigeration equipment and related parts and supplies in North America. It is a beneficiary of renovations, as well as new construction. “There will be huge tailwinds,” says Berrutti. Morningstar sector director Brian Bernard raised his forecast for HVAC shipments from 1.9% to 2.5% annually, thanks to energy efficiency regulations. “We continue to see Watsco outperform its end markets over the next five years,” says Bernard. Watsco recently recouped $302 per share, above Bernard’s fair value estimate of $199. It has a medium ESG risk rating.

Finally, for investors who want to avoid carbon policy risk, Morningstar’s Slade notes that Carrier CARR’s HVAC unit will see strong growth, thanks to its business focus, while Masco MAS will benefit from repair and modeling in its building products business. Carrier has a low ESG risk rating and Masco’s rating is medium. Both are trading below Morningstar’s fair value estimates.