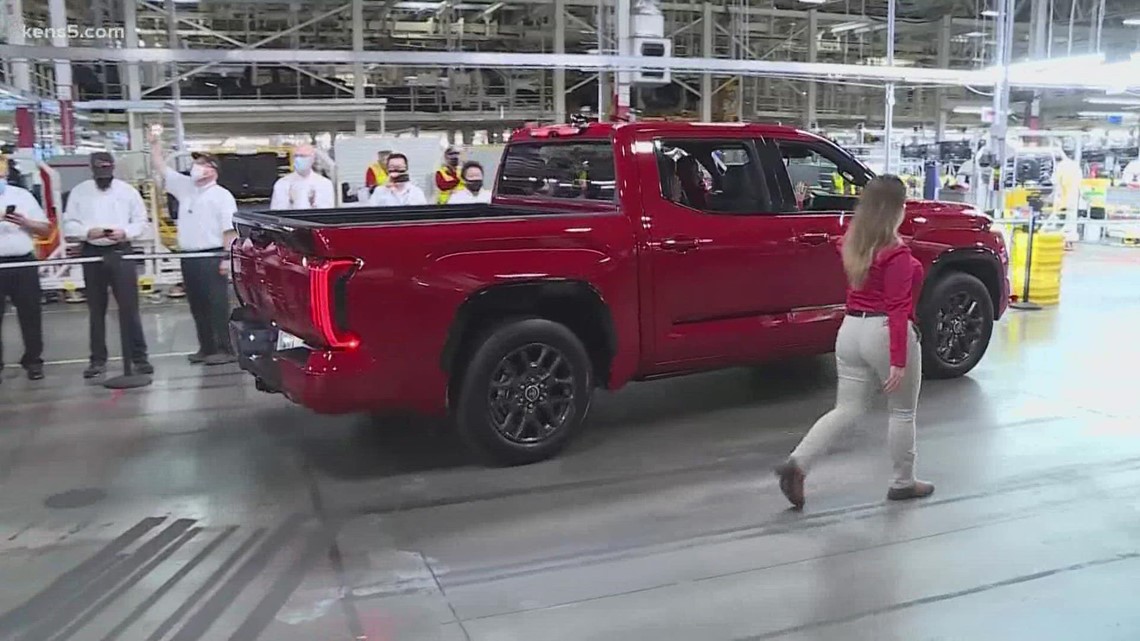 SAN ANTONIO — Toyota will produce about 25,000 fewer cars next month than expected, the automaker told KENS 5.

This week, the manufacturer cut production at its San Antonio plant in half. A spokesperson said the company does not anticipate any layoffs and is “committed to long-term employment stability, with recruiting efforts and new hires continuing week after week.”

“We have made a temporary schedule adjustment by consolidating production from two shifts to one,” the spokesperson wrote in a statement. “We assess this condition on a weekly basis.”

Workers who would otherwise build Toyota trucks will continue to come to work for training sessions and “optimization activities.”

During the pandemic, Russell says the drop in demand has caused chip vendors to adapt their product for purposes unrelated to cars. Automakers are now struggling to find the type of semiconductors their designs need.

“It’s a long-term problem,” he said. “We’re talking about, like, 2025 before supply and demand are aligned again.”

Russell says manufacturers have options to exhaust before layoffs are needed or factories close.

“There’s a lot of creativity in trying to solve these supply chain issues, upstream and downstream,” he said.

Some manufacturers have reduced luxury features that required additional chips. Others leave unfinished vehicles at the end of the assembly line, which won’t be finished until the microchips are available.

The supply hiccup continues to put pressure on auto dealers, who are struggling to keep cars on dealer lots. In turn, used vehicle prices are skyrocketing.

“The car in your driveway is worth 30 to 40 percent more now than it was at the start of last year,” Russell said.

To avoid paying exorbitant prices, car buyers should look for used vehicles between four and six years old with only one previous owner and no reported accidents, Russel said.

He adds that it is important to evaluate the vehicle carefully, as private sellers could take advantage of a frenzied market and throw a lemon at an unsuspecting customer.