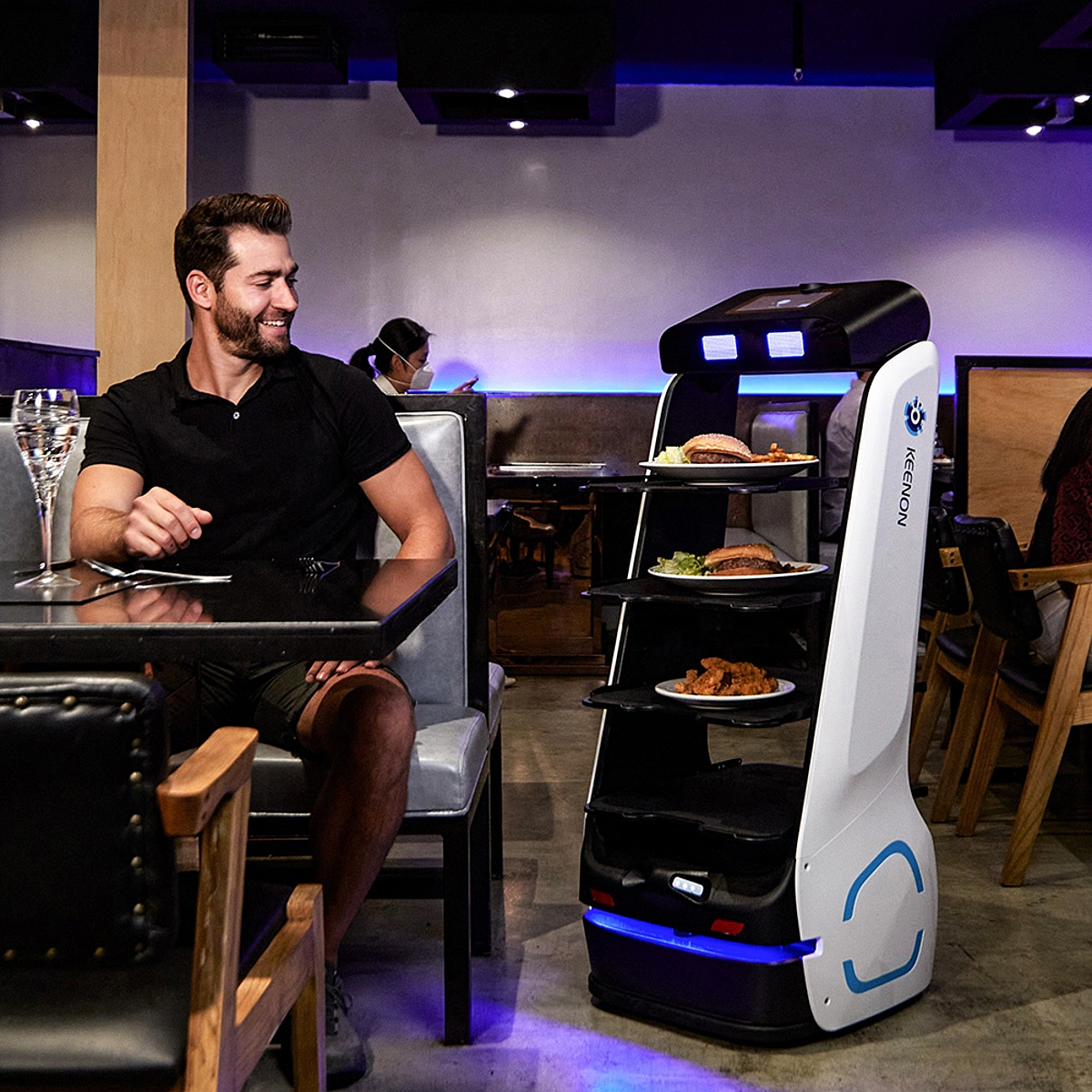 Love it or hate it, restaurant robots are coming to New Jersey

How would you feel going to a restaurant and being served by a robot?

Whether you like the idea or not, it could start happening in New Jersey sooner than you think.

With Garden State’s labor shortage and server salaries rising, a growing number of restaurants are considering the idea of ​​renting or buying a restaurant robot.

According to Dan Rivkees, Marketing Director of Advanced Hospitality Systems at Voorhees, the restaurant robot allows restaurateurs to free up their service staff and increase the speed of service.

A robot brings you your dinner

He said once you place your order, either with a human or using your phone to scan a QR code at the table, the meal is prepared by the kitchen staff and when it’s done “they put the food on the correct tray and then once you press go on the top of the robot you go to that exact table number.

The guest then removes their tray of food and presses the OK button, and the robot will then leave to either deliver more food or return to the kitchen.

It might sound a little impersonal, but Rivkees says that “when the robot walks to a table, it talks to the customer, the robot is programmable with over 10 languages.”

He said if a plate is particularly large or heavy, the restaurant can send a human to help unload the food.

What happens if the order is missed?

Rivkees said that if you receive the wrong dish “or want ketchup or a side of mayonnaise, for example, we always recommend having a wait staff member in the business and they can help the customer “.

He said another option would be for the customer to write a note about the confusion and send the robot back to the kitchen with it.

He said most restaurant patrons, including children, seem to enjoy interacting with a robot.

“They like that it’s something other restaurants in the area don’t do,” he said.

How much does the restaurant robot cost?

Rivkees said there are 6 models of restaurant robots, and the low-end T6 model costs $208 per month.

“It’s a tool to help restaurants, especially in today’s hospitality environment, truly take control of their operations and it provides customers with a futuristic dining experience,” he said.

After a restaurant orders a robot, the entire restaurant layout and table configurations are programmed into the robot, which uses a multiple guidance system, including sonar, to move around and not bump into anyone.

Advanced Hospitality Systems has just started distributing restaurant robots, and the first restaurant to have one is Zaika BBQ & Grill in Edison.

The company that produces the restaurant robots is Keenon Robotics.

You can see a video of a restaurant robot here.

David Matthau is a reporter for New Jersey 101.5. You can reach him at [email protected]

WATCH: These are the 50 largest retailers in America