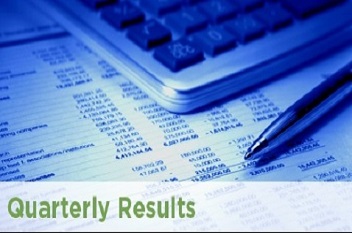 MosChip Technologies Limited released its financial results for the third quarter and nine months of fiscal 22 on Monday. The company said it continued to focus on semiconductor/embedded design services, key ASIC solutions in hand, semiconductor IP (intellectual property) and IOT projects that have enabled steady and sustainable growth.

Operating income, EBIDTA and after-tax profit for the 9-month period ended are significantly higher than the company made in the full fiscal year 21, the company said in a Monday filing.

Impact of recent incentive programs on the semiconductor and ESDM industry:
The Indian government has announced a semiconductor policy aimed at promoting both the design and manufacture of semiconductor chips in India. The total program budget is estimated at around Rs76,000cr and it is distributed for
a) set up CMOS and display fabs
b) Compound semiconductor factories and ATMP units (packaging and testing)
c) Design-related incentives for fabless semiconductor companies that develop products and intellectual property and
d) Infrastructure and support systems.

Moschip was the first fabless semiconductor company in India to have developed its own products and shipped millions of units. Even though Moschip will not directly benefit from items a and b, Moschip may be able to take advantage of the IDD and related incentives. Moschip is figuring out the details of the benefits it can leverage and fuel its growth.

Additional rental space:
The Company has signed for additional office space to accommodate the potential increase in staff expected in the coming quarters.

Market Opportunity:
According to the Semiconductor Industry Association (SIA), “The global chip market is expected to grow significantly in 2021, 2022, and beyond as semiconductors become essential components of all aspects of electronic devices that are part of our daily lives. “.

Semiconductors are the key components of every electronic system which includes smartphones, personal computers, laptops, communication and networking systems, medical equipment and automobiles. Emerging technologies and applications in 5G communications and artificial intelligence are further fueling growth. The semiconductor industry will benefit from continued innovation and development in the areas of connectivity, data centers, communications, automotive, safety and security, infotainment, navigation, home automation, portable devices, etc. and will continue to experience growth over the coming decades.

Moschip’s strong foundation and track record in moving semiconductor and electronic products from specification to production, along with its unique high-speed, mixed-signal IP interface capabilities, enables the company to seize growth opportunities in the semiconductor and ESDM industry. Additionally, the recent announcement of a silicon-proven 8G high-speed IP interface and other strategic initiatives are helping the company seize emerging opportunities in the industry.

The oil market is already looking beyond Omicron