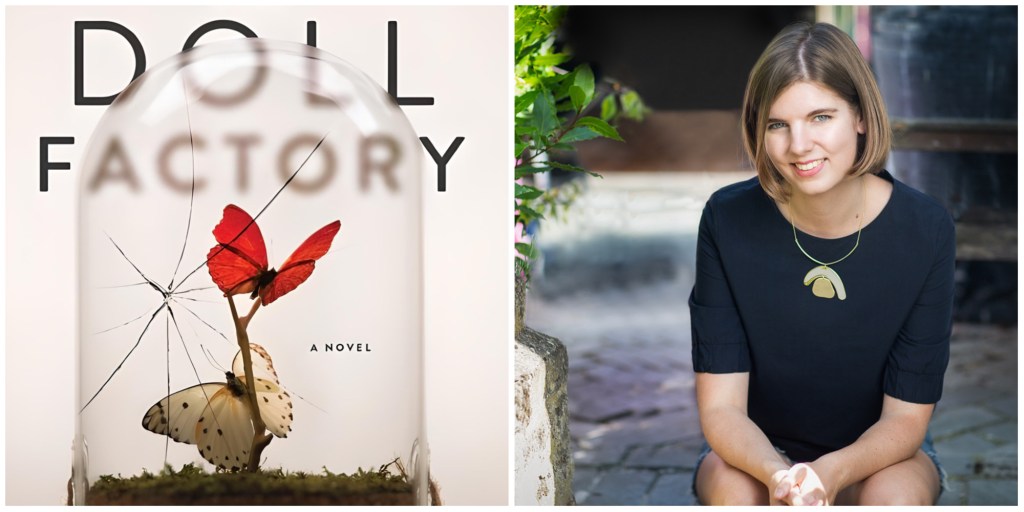 The streamer’s UK wing has commissioned an adaptation of the best-selling Sunday Times novel, a dark tale of obsession centered around a painter doll and her twin sister.

marcella, Crime and whistling pearl indie Buccaneer Media is attached to produce the six-part thriller dramas, which will join the lineup of Paramount+ Originals available on the streaming service for audiences in the UK and Ireland. Sebastian Cardwell, deputy director of content at Paramount UK, gave the show the go-ahead.

Additionally, public broadcasters SBS in Australia and TVNZ in New Zealand have pre-purchased the series, which rising writer Charley Miles is adapting from Elizabeth Macneal’s debut novel. Cineflix, which is a partner of Buccaneer, is attached as an international distributor.

Set in London in 1850, The doll factory tells the story of Iris, who paints dolls for a living alongside her twin sister, Rose, and dreams of becoming an artist and the night secretly paints herself naked. Silas is a taxidermist who has a shop filled with his creations. He dreams of one day finding an object so unique that he will be propelled to glory. Louis is a painter and member of the Pre-Raphaelite Brotherhood, looking for his next muse. When Iris meets Silas, then Louis, she is offered the opportunity to escape and start a new life. To do this, she must abandon her sister, sacrifice her reputation and venture into the unknown. But as the world of Iris expands, a story of dark obsession begins to unfold.

Sasha Polak (Hana, dirty god) is on board as director, Suzanne McAuley (Magpie killings, Maigret) is a producer and Julie Harkin (I can destroy you, Become Elizabeth) is a casting director.

“The doll factory combines intrigue with universal themes of passion and obsession to tell a compelling story that will resonate with our Paramount+ audience. We are delighted to work with Buccaneer Media as we continue to grow our offering of Paramount + Originals with UK storytelling talent,” said Cardwell of Paramount UK.

London producer Buccaneer is behind another new Paramount+ commission, The hot girlsand NRK See you soon, Marianne, which explores Leonard Cohen’s relationship with Marianne Ihlen, as Deadline revealed in April. It also develops In memory with Miles, with Participant Media co-producing the original drama, and two novels by Irvine Welsh: The sex life of conjoined twins and The Blade Artist.

“The combination of debut author Elizabeth Macneal with debut screenwriter Charley Miles is what this company is all about: emerging talent who will take the world by storm,” said Buccaneer co-CEOs Tony Wood and Richard Tulk- Hart in a statement. “Having SBS and TVNZ join Paramount+ at such an early stage is a testament to Charley’s incredible writing. Cineflix also saw the potential in this early on too and after their success with our previous two shows, we are also very excited to have them as distribution partners.

“It’s the most surreal and wonderful thing that my novel has become a television series,” said Elizabeth Macneal. “When I wrote the book, I felt I knew each character intimately – and what a pleasure it will be to see them fully brought to life, from the fire and zest of Iris to being a painter, to the taxidermist Silas’ thirst for get his name recognized.” I’ve always said I wanted to work with a screenwriter who could reimagine my novel in a new way for a new audience, and I’m amazed at how wonderful Charley Miles’ screenplay is.

Executive producers are Wood, Anna Burns and Tulk-Hart for Buccaneer, along with Miles and Macneal.

The doll factory is the latest UK drama commission for Paramount+ and joins a growing list of the UK production community which includes A gentleman in Moscow, Sexy Beast, The Blue, The Ex-Wife, The Burning Girls and Flatsharing.

“The Doll Factory” was a bestseller in The Times and The Sunday Times in hardcover, and has been translated into 30 languages. Author Macneal is represented by Madeleine Milburn at the Madeleine Milburn Literary, TV & Film Agency.

Paramount+ launched in the UK and Ireland on June 22.

Does SBA Communications (NASDAQ:SBAC) deserve a place on your watch list?