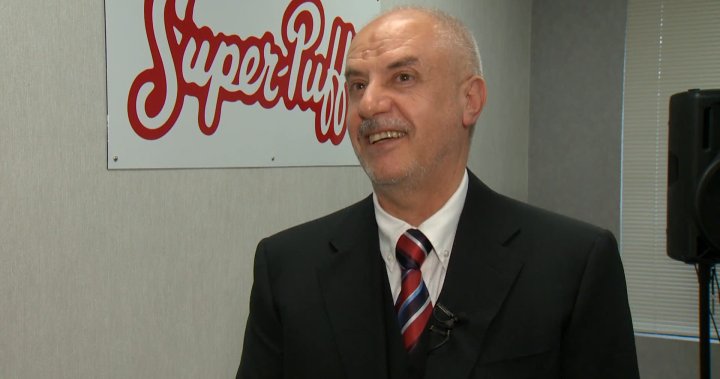 A new snack factory in Airdrie hopes to give the local economy a ‘pop’.

On Tuesday afternoon, provincial and municipal dignitaries were on hand to announce Super-Pufft Snacks Corporation’s new $50 million facility in the southern Alberta town.

Agriculture and Forestry Minister Nate Horner said the new plant will create more than 100 jobs in the region and support the province’s potato industry.

“I’m very excited because this shows Alberta has a bright future in the global food production and processing arena,” said Horner.

The savory snack maker received $250,000 in federal and provincial government funding through the Canadian Agricultural Partnership to support equipment at the Airdrie plant.

Super-Pufft’s CEO said the new plant will support Western Canada and Western United States and will join their plant in Mississauga, Ontario to become their second plant.

“We supply nearly every national and national retailer and brand in the country and the United States,” said Yousif Al-Ali, President and CEO of Super-Pufft.

Al-Ali said potato chips would be the first products to come out of the new plant, but there is a need for expansion.

“We already have a plan in place to increase production capacity before we even start,” said Super-Pufft’s CEO. “We have a contract with a few customers where we plan to reconfigure their production area and add a lot more equipment.”

Airdrie Mayor Peter Brown was “absolutely thrilled” with the announcement and its economic impact for Alberta’s fifth-largest city.

“We’ve been trying to grow that side of our community for a long time,” Brown said, noting that the snack maker was the latest in a string of companies to announce plans for its municipality.

“We have a local transit system – we’re going to be able to help workers get to and from work. And we also have this incredible pool of talent that lives in Airdrie and surrounding communities to support these businesses.

Food processing equipment market is expected to reach $69.8 billion by the end of 2032