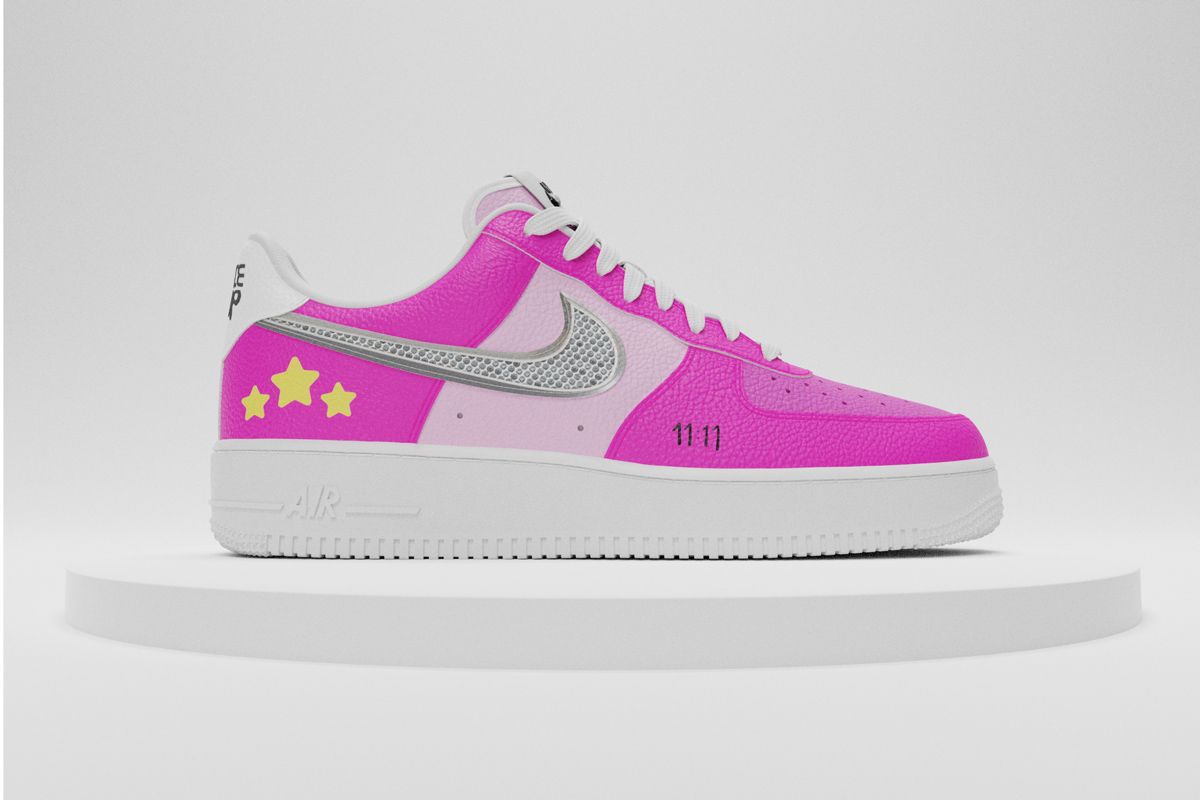 In the NFT world, sneakers have become synonymous with RTFKT. Over the past year, they’ve gone from purely digital shoe sales to being taken over by Nike. Their latest venture is an update to their Space Drip project they launched in March last year, where they asked 19 digital artists to design their own sneakers. For the new version of Space Drip, RTFKT asked a brand new group of 19 artists to design sneakers using the Air Force 1 as a base. Additionally, each NFT will be able to be “forged”, a mechanic which essentially means that the NFT can be exchanged for actual shoes. The project became popular enough to catch the attention of Paris Hilton, who used her platform to promote the project.

The world of NFTs is still mired in suspicion and bad actors, even a year after the term became a household name. But that’s to be expected, given that in any space that truly champions democratized use, you’re going to have a number of bad actors. It remains true that the basic utility of an NFT, proving ownership of an asset on the blockchain, is an incredibly important and useful step in the development of the space. RTFKT used sneakers as a sort of analog to how NFTs work, and in doing so, tried to standardize NFTs and change the way sneakers are designed in general.

Patrick McGraw: So what is Space Drip?

STEVEN VASILEV: Our goal from the start of RTFKT has been to democratize access to NFT creation, and we wanted to use sneakers as a way to achieve that. So, over a year ago, we brought in a list of 19 artists (some of them as young as 14) from the community we found through social media. The first thing we did was ask them to make a skin for a popular character we created called Space Drip. It went viral unintentionally and became a huge meme. Thus, each of the artists created their own version of this character. We promised NFT owners that eventually they could use their NFT to trade sneakers.

MC GRAW: How did you choose the artists involved in Space Drip 2?

VASILEV: We the three founders took to Twitter and just selected artists that we were fans of. We found people from different age groups, with different fashion interests and different gaming interests. We have a very large network of designers that we all follow and contact. Many of them had never done an NFT drop, but were interested in similar creative circles.

MC GRAW: Why did you decide to use Air Force 1 as your base?

VASILEV: We were actually acquired by Nike in the process of creating Space Drip, so we thought it would be an amazing opportunity, instead of dropping them on our own RTFKT shoe, to do it on an Air Force One, which is the most iconic sneaker. used in customization.

MC GRAW: Can these shoes be redeemed for a real physical shoe?

VASILEV: Yes, we came up with the “forging” mechanic over a year ago, which basically means someone can trade their NFT for a physical pair of shoes.

MC GRAW: Why is it important to use NFTs for this project?

VASILEV: These are the first shoes to contain NFTs. NFTs solve problems related to sneakers with authenticity, counterfeits and counterfeits because an NFT displays who owns and who bought that shoe on the blockchain. So it’s a second layer of authentication, and you can’t do better than the blockchain because everything is transparent. The same technology will be found in every job we do in clothing and apparel. So that’s pretty historic, as we expect most brands and companies to do this within three to four years.

MC GRAW: And when you say the NFT is in the shoe, what do you mean by that?

VASILEV: This means you can use your phone to scan the NFT tag on the shoe. It takes you to a page that confirms authenticity and shows you the NFT that was used for that shoe.

MC GRAW: Why were sneakers the format you decided to use? RTFKT is already known for sneakers, but when we talk about it, it looks like the sneaker is an ideal shape for you.

VASILEV: Personally, I was very much into the sneaker scene before RTFKT. I used to run a sneaker customization business. But basically what we’ve seen is that sneakers have become tradable assets for Gen Z, the status items that kids use to show what culture they follow, what they’re a part of, and what they see. They have become commodities for children. People trade them, never wear them, create content, then resell them. We thought we could do this more seamlessly with RTFKT, but we also realized that people still appreciate what they have in physical presence. And that’s why we created the forging mechanism.

MC GRAW: Do you think there will come a time when people will overcome their attachment to physical objects and be soothed by something purely digital?

VASILEV: 100%. We believe that in three to five years, people will care less about what they physically have and care more about their digital assets. One of the reasons for this is durability. Eventually, blockchain and crypto will be very durable as they transition from proof-of-work to proof-of-state. And second, most people are just collecting physical assets instead of using them, and eventually digital assets will start to outperform physical assets in this regard.

Right now we’re at a very early stage of NFTs and this metaverse concept, but when it’s actually built and you have a pair of RTFKT NFTs, you’ll be able to use them in various games or use them across different markets and with AR technology. So you can wear your glasses or contact lenses, and you can see people’s virtual clothes in addition to what they’re wearing.

MC GRAW: In this future scenario, how do you see RTFKT expanding as a business?

VASILEV: We see RTFKT as the home of all things luxury, streetwear and culture. The main way we see ourselves holding a dominant position in the market is by supporting the economy of creators. It’s something we’re passionate about – we’ve always collaborated with artists who come from backgrounds that wouldn’t usually get big collaborations. We also believe that in the future, RTFKT will be taken over by kids who are now 12 and playing Minecraft. Our goal is really to lead the way and show people what it’s possible to be creative in this space.

MC GRAW: As for the suspicious aspects of NFTs, do you think this will still be part of the space to some extent, given that it’s all about democratization and not everyone has the best intentions?

VASILEV: Absolutely. In any space where money is involved, you are going to have bad actors. The problem right now is that it’s a bit technical for a lot of people, so it’s easier for scammers to operate. But when companies like ours come into the game and develop their own frictionless marketplaces and ease of access and technology improves in general, people will be more aware of the type of scams that are happening.

MC GRAW: And how do you actually educate people?

VASILEV: One of them is through collaborations with people from the traditional world, for example with Jeff Staple. For this drop, we allowed credit card purchases for people unfamiliar with wallets, and we sold the NFT for $1. This NFT generated over $700,000 in wealth for everyone who purchased it. So that brought a lot of new people into that space. We collaborated with Takashi Murakami, who introduced us to the world of art. We had an exhibition at Gagosian. People are slowly understanding, and I think people just need to buy NFTs to get into the community. We are basically building a new culture and everyone in our community is very happy to help integrate and share information. We’ve built an amazing community and we’re always welcoming new people.