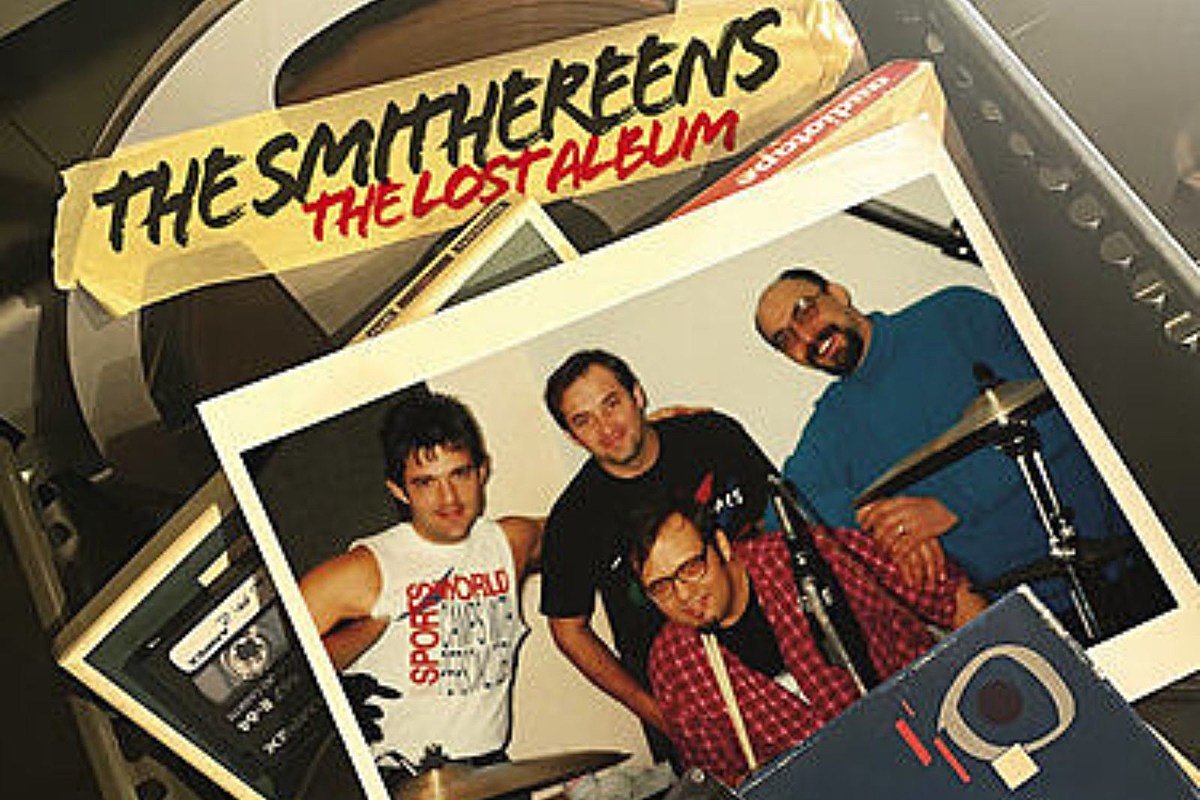 We are about to have new music from old Smithereens. They unearthed a “lost album”, which was recorded in 1993 with the late great singer Pat DiNizio, who died in 2017 at the age of 62. The album will be released September 23 through Sunset Blvd Records.

Here’s the story told by bassist Mike Mesaros in the press release:

“The Lost Album previously only existed as a sentimental ‘scrapbook’ for Dennis, Pat, Jim and me. Now the inevitable turning of the clock and the tragic disappearance of friend and brother Pat have polished and polished this collection of songs to emotional gold. The lost album is still only 80% complete and roughly mixed. The feeling and style, however, are all there, outweighing any consideration of overdub or It’s new, but vintage, rising from its warm analog grave into a cold digital world.

“Lost, but not forgotten. These recordings provide a wonderful snapshot of our personal time capsule, showing the determination and camaraderie of a group of brothers who never gave up on their dream.”

Back to Mesaros who both paved the way so many years ago:

“And so The Lost Album lives. Listen and float with us between the labels of purgatory. Pat D. is in great shape and we are young, together and tight. Cigarette smoke fills the studio like a main line of the NJ Turnpike. It’s good and loud. Even the readings. The beer is drunk and the laughs are had with the Den impersonations dominating the roost. It’s our traditional, cozy atmosphere to make us a record.

“Around midnight we leave Crystal Sound Studio A and walk through Studio B – O’Flynn’s Saloon. In due time a taxi is hailed and we head downtown to our village incubator, Kenny’s Castaways We are lovingly counting on our uncle and mentor, Pat Kenny and inviting the beloved man to a session.(He came) We are excited about this project because, for the first time, we are producing ourselves and mum’s word to the outside world. In a way, it brings to mind the early days when we were our own best kept secret and a fan club of 4.”

“The next day, our singer is AWOL. After Kenny’s, we followed the bugle call to Freddy’s, an extinct speakeasy in Little Italy (Bud in cans or Smirnoff shots) run by our homie Sal where Pat was the jukebox Sinatra. By day it was a paper/tobacco stand/soda fountain. Sal’s mom always had a big pot of sauce gurgling around waiting for her cloud-shaped meatballs. The aroma permeated the bottom of Manhattan to 6th Avenue.

“As we three hungover Carterets await the arrival of the boy from Scotch Plains, we are soothed by our ace engineer, pocket psychologist and studio owner Larry Buxbaum. He supports us and believes in our project like an older brother. with a puzzled smile. I love and miss you Larry. Thank you.

“The Lost Album features some of DiNizio and Babjak’s best songwriting and never-better empathy and band collaboration,” says Mesaros. “At this point, we were really listening to each other and that was key to our individual styles fitting together so well. A real band. We could be mean, sweet, happy or moody. As needed. We were still in our prime – battle-scarred young veterans who were fluent in the lingua franca of rock ‘n roll but still not far from Jimmy’s garage and Pat’s basement.” (We still aren’t.)

“It came out of a shoebox. New and vintage. Come back with us. Let’s get out of this world.”

“It’s so cool to hear the upbeat riffs and rumbling groove of ‘Out Of This World’ after all these years. We can’t wait to dust this one off and perform it live for the first time!”

Despite the loss of DiNizio, the Smithereens moved on with rotating lead singers Marshall Crenshaw, Robin Wilson of the “Gin Blossoms” and Susan Cowsill of the “Cowsills”. Sometimes they play together.

You can catch the Smithereens on Sept. 10 with Max Weinberg’s Jukebox and Ray Anderson’s “Bowie and Beyond” tribute at the Union County Board of Commissioners Fall Concert in Oak Ridge Park. You can also catch them on December 3 when they return to their roots at the Carteret Performing Arts Center with Marshall Crenshaw and Robin Wilson.

You can now listen to Steve Trevelise — On demand! Learn more about the personalities of New Jersey and what makes the Garden State interesting. Download Steve Trevelise’s show wherever you get podcasts, on our free app, or listen now.