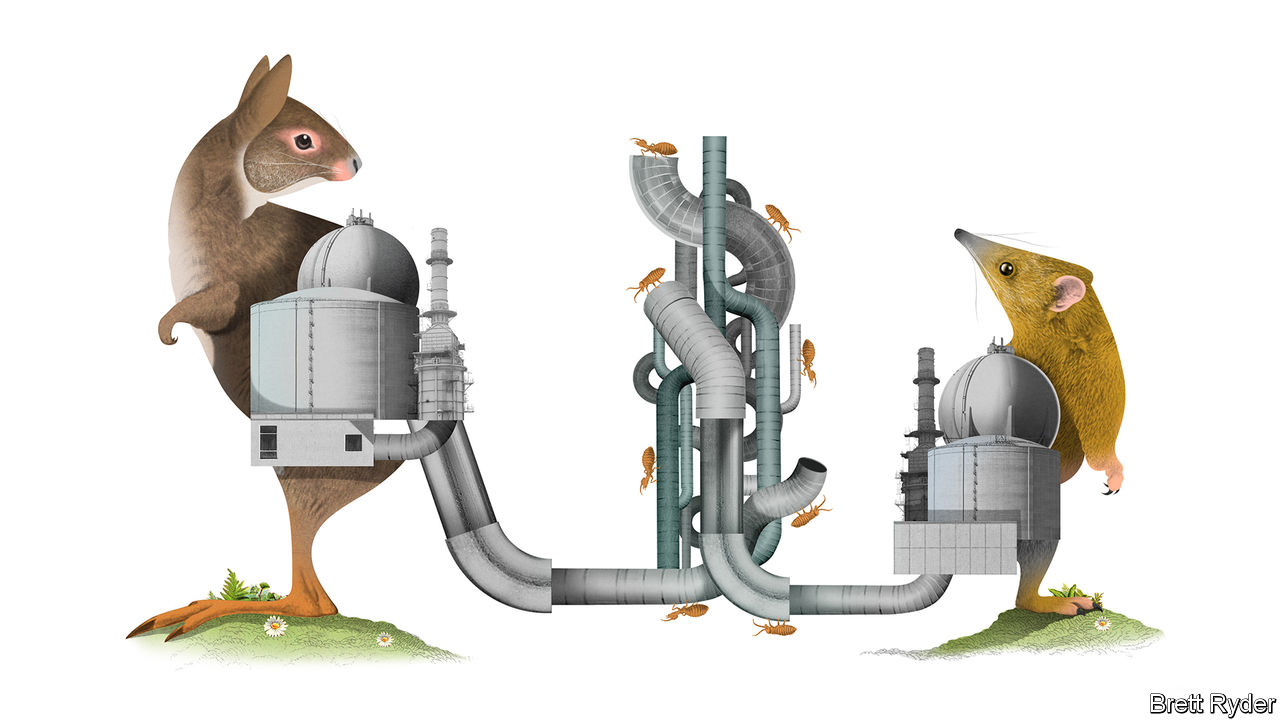 Supermajors have a LNG problem

BARROW ISLAND, off the coast of Western Australia, is an unlikely place to find what, luckily, will become the highlight of the pride of Western international oil companies (CIOs). It is a nature reserve dotted with termite mounds. Since it was separated from the mainland around 8,000 years ago, its local species, including golden bandicoots and spectacle hare wallabies, have lived safe from predators. Some call it the Galapagos of Australia. Yet part of it is also home to one of the world’s largest liquefied natural gas (LNG), majority owned by Chevron (47%), ExxonMobil (25%) and Royal Dutch Shell (25%).

Gorgon, as it’s called, has a pockmarked history. It cost $ 54 billion to build, a whopping $ 20 billion overage. This was in part because the cost of labor and materials skyrocketed amid a $ 200 billion Australian LNG investment frenzy over the past decade. To respect the sanctity of the island’s fauna, Chevron has imposed a covid-type quarantine. Upon arrival, thousands of construction workers had to be inspected at the airport for stray seeds; bulldozers, excavators and trucks were fumigated and shrink wrapped prior to shipment. Since the start of production in 2016, Gorgon has been plagued by unforeseen breakdowns. Income statements suggest he has yet to make a profit. And its failure so far to sequester four-fifths of the carbon dioxide produced from its gas reservoirs has shaken the credibility of its environmental commitments. Carbon capture is seen as crucial for the future of LNG on Barrow Island and elsewhere.

However, it is emblematic of the belief among CIOs that although demand for oil peaks as the world shifts to cleaner fuels, the consumption of LNG will continue to grow in the decades to come, especially in Asia. Gorgone single-handedly hopes to produce and ship natural gas until the mid-2050s, one day for huge profits. A sharp rise in LNG Prices in recent months amid increased demand from China have fueled those hopes. Yet even as the majors double down on fuel, they face the reality that it becomes increasingly difficult to take majority stakes in new megaprojects, and even those they may develop present increasing risks. LNG is nothing like the relatively safe bet that the oil industry makes.

The immediate problem facing the majors is a shift in the balance of power. The deep pockets and risk appetite of giants like ExxonMobil, Shell and TotalEnergies were once essential to meeting the challenges of building frozen gas factories in inhospitable places. Now, the national champions of Qatar and Russia, country of the most promising resources, say they can largely do without it. Qatar Energy, a gas giant, has taken the initiative to develop the largest LNG historic complex, a $ 30 billion expansion of its North Field site. The CIOs were relegated to bidding for minority stakes in the project, primarily giving them the right to market an increase in Qatari gas that is expected to hit the market by the middle of the decade. Chinese oil companies could also invest. The majors are in a hurry, says Giles Farrer of Wood Mackenzie, a consulting firm.

Other opportunities turned into nightmares. Jihadist conflict on Mozambique’s northeast coast at least temporarily halted $ 20 billion offshore LNG project by Total, which declared force majeure in April. Neil Beveridge of Bernstein, an investment firm, jokes that it is “the only LNG project to hit force majeure before it even started. For the same reason, ExxonMobil’s $ 30 billion LNG plan in Mozambique is in limbo. The company has also been bogged down for years trying to strike a deal with the government of Papua New Guinea on a $ 13 billion expansion. This leaves the US Gulf Coast as the most likely area outside of Qatar and the Russian Arctic to provide more LNG in the next five years. But operators there can get liquefied gas from producers across America and engineering skills from national construction companies. This leaves the oil majors twiddling their thumbs.

They still have the option of building some projects. But for these, a structural change in the LNG market poses an additional challenge. As Alastair Syme of Citi, a bank, explains, for decades the majors have reduced the risk of long-term investments by entering into contracts of more than 20 years with large customers, such as Japanese utilities. However, a drop in the spot price of LNG in the second half of the 2010s caused an overhaul. Buyers have turned to shorter term contracts (say ten years) or the spot market.

The recent surge in spot prices could change the mood again. Nonetheless, some buyers face such uncertainty about the future of natural gas due to the growth of renewables that they will remain reluctant to sign long-term contracts. For CIOs, the corollary is that shorter contracts increase the risk of LNG investments with long returns on investment. This adds to the arguments for them to focus on short cycle projects to reduce the risk that, as the global economy decarbonizes, they are left with stranded assets.

There is a way out of the deadlock. The majors, especially in Europe, are turning from megaprojects to trading in fuel shipments from other producers. This reduces the amount of capital they’ve tied up in heavy assets and dirty fuels. It also helps them deliver on their promises to become holding companies marketing all kinds of energy sources in the age of mass electrification. But that’s another matter. Barriers to entry are lower. There is competition from trading houses such as Trafigura, Vitol, Gunvor and Glencore. And Chinese companies like Sinopec, which signed two long-term contracts with Venture Global last month. LNG, an American exporter, appear as potential competitors.

All of this adds to the uncertainty. Large investments, complex engineering and returns on investment over several generations of projects such as Gorgon have long been the LNG a boom and bust business. In the age of shorter-term contracts, amid all the questions associated with climate change, the future may be no less volatile. The world has changed since Gorgon’s conception. For the CIOs, the big bet on Barrow Island may soon belong to a bygone era. ■

For a more expert analysis of the biggest stories in economics, business and markets, sign up for Money Talks, our weekly newsletter.