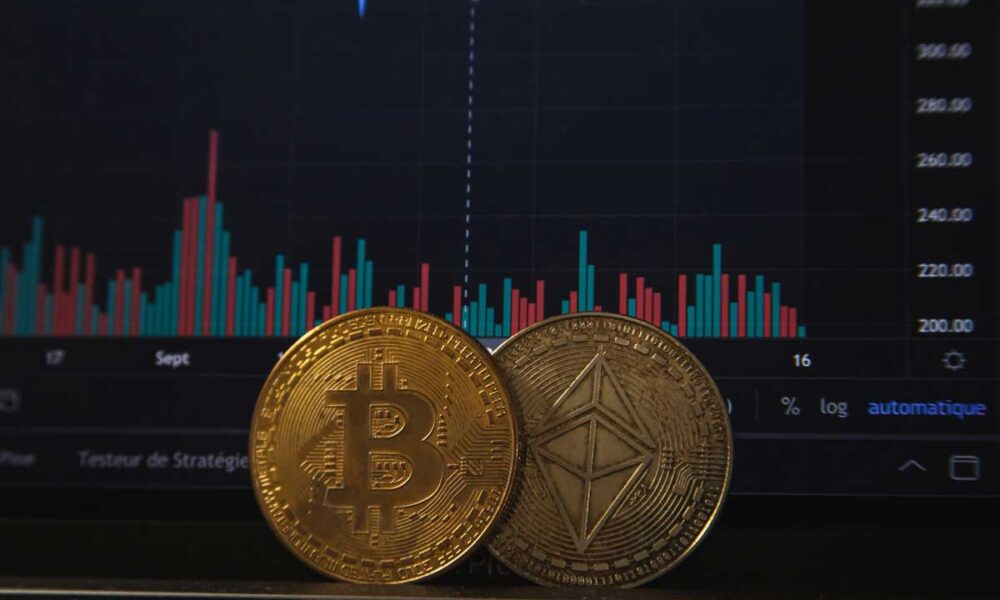 The Subtle Dominance of Stablecoins: A Trick of Stability

Digital tokens are nothing new in 2022 as the crypto market continues to retreat into the traditional financial sphere. The debate over environmental risks, regulatory policies and technical complexities defined years past. But none of these aspects succeeded in curbing the popularity of the crypto market. Of course, bitcoin price has been in a trap since early November. But it’s maintained its mark regardless of skepticism. Countries continue to adopt bitcoin as a medium of exchange as crypto offerings expand; venture from the derivatives market into the real estate sector. I admit, it’s a rollercoaster of information; it’s hard to filter the relevance of all the FUD out there. Yet, while the main attention remains fixed on the flagship offerings like bitcoin and ether – the two main crypto tokens – a crypto section continues to thrive and circumvent the hype to some degree. Stablecoins – digital tokens pegged to other assets – continue to accelerate adoption: they almost match the leaders of the crypto market.

Acceptance of stablecoins has grown in recent years. These tokens are designed for stability and are usually pegged to stable assets – like the US dollar – to maintain their value over time. Stablecoins are in stark contrast to volatile offerings like bitcoin. Over the past few years, a large number of cryptocurrencies have turned into mainstream markets: Dogecoin, Shiba Inu, and Solana (SOL) – to name a few. However, the inherent volatility remained a notable downside across the range. Perversely, stablecoins maintain their value by relying on a stack of safer assets – usually based on traditional financial markets. Today, dozens of stablecoins are in circulation with a combined market valuation of $154 billion. While some stablecoins are pegged to fiat units – like the USD Coin (USDC) pegged to the US dollar – this is not a rule of thumb. Many tokens are tied to commodities, gold reserves, and bonds. The basic premise emphasizes a diverse mix of liquid assets set aside to offer digital coins broadcast on blockchain networks. Some issuers even peg stablecoins to cryptocurrencies, confusing safer and riskier crypto markets.

The sheer utility of stablecoins is obvious: trade through crypto exchanges without risking a drop in value. Additionally, stablecoins can bypass traditional payment infrastructure while avoiding price volatility. So these offerings can (at least in theory) speed up cross-border transactions, eliminate the transaction costs associated with traditional banks, and allow merchants to divert transactions into the crypto world without fear of volatility. All utilities reflect the benefits of a central bank digital currency (CBDC); without the centralized system and regulatory oversight.

Interestingly, stablecoins pegged to crypto-assets like bitcoin or ether are not volatile in the short term. To avoid compromising stability, issuers maintain a collection of crypto assets that outweigh the circulation of their tokens. Think of a central bank holding gold reserves to back its fiat notes in the money supply. Since last year, stablecoins have impressively outperformed popular cryptocurrencies in cumulative value. Tether (USDT) – the most popular stablecoin – is now behind bitcoin and ether with a market capitalization of $78.5 billion. Over 69 billion Tethers are currently in circulation: at least 48 billion issued in 2021. USDC recently crossed the $44 billion market capitalization to claim fifth place in the crypto rankings while replacing Solana. It should also be noted that even the strong sell-off in cryptocurrencies since November has done little to reduce the appetite for stablecoins. According to data from CoinGecko, BitPay Inc – one of the largest crypto payment platforms – has reported a drop in payments via popular cryptocurrencies. Bitcoin usage fell to 65% of payments from 92% in 2020. However, stablecoins accounted for 13% of total payments processed – barely behind 15% of ether purchases.

The main element supporting such exponential acceptance is stability versus volatility. While bitcoin and ether – alongside similar crypto tokens – are popular speculative assets, the store of value is a precarious one: given the steep price swings of recent months. Conversely, stablecoins have a relatively more stable value; easier to use in cross-border payments such as remittances and incentives for freelancers. Investors mainly want to hold popular cryptocurrencies to bet on rising prices instead of spending. According to data from Glassnode Studio, there has been a constant transfer of bitcoins from short-term accounts to long-term accounts – ‘Hodlers’ as mentioned in crypto lingo. Those “strong supporters of bitcoin” maintain a solid base of hodlers who are unlikely to sell their holdings – even during a sell-off.

So, despite leveraged liquidations since early November, bitcoin prices have been relatively subdued. The crypto industry is turning into a bifurcated market – common cryptocurrencies (like bitcoin and ether) for speculative investments and stablecoins (like USDC and USDT) for means of transaction and general decentralized payments. As crypto companies and exchanges continue to grow, transactions are on the rise, popularizing stablecoins in the process. Although value variance is avoided, risk is entirely excluded from the table. Regulators surely do not think so!

The rise in use of stablecoins has plagued lawmakers for months. Regulators say the growing acceptance is problematic because large amounts of dollar-equivalent coins are routinely traded without any oversight from the US banking system. It paves the way for illicit financial transactions, fraud and money laundering. Jerome Powell – Chairman of the Federal Reserve – recently addressed the US Congress, saying: “They [stablecoins] are like money market (market) funds; they are like bank deposits that grow incredibly fast but without proper regulation. The main issue stems from concerns over the 1-to-1 parity of stablecoins. In theory, stablecoin issuers maintain reserves of safe assets to support their coin circulation. But in reality, however, these reserves are diverse in nature – sometimes more risky than initially assumed. Tether, for example, maintains its holdings of assets in US dollars, treasury bills and corporate bonds. However, a Bloomberg investigation into Tether found that billions of dollars in reserves also include short-term lending to Chinese companies — activities that money market funds avoid due to federal regulations. Tether further accumulates part of its asset reserves through loans to crypto companies, backed by bitcoins as collateral. While Tether swears the majority of its commercial papers have high ratings from reputable credit rating companies, most of these supposed “low risk loans” were never released to customers when USDT was launched. Thus, a sharp drop in bitcoin prices (such as the 45% drop in April 2021) or the bankruptcy of a few of these Chinese companies could risk a default; a subsequent liquidity squeeze and market-wide panic could trigger a run on the banks. These risks were underscored when regulators sought jurisdiction over the highly decentralized stablecoin market – and the broader crypto industry.

Today, the growing stablecoin lending market further complicates matters. In times of high market volatility, investors use stablecoins as leverage to speculate on other assets, such as bitcoin. Lenders could easily earn returns ranging from 10% to 19% on loans, as participants collateralize their holdings to speculate. This borrowing and lending market inadvertently connects speculative markets with the safest crypto offerings. For example, lenders could easily condense their reserves to 95% (or even 90%) in circulating value during bouts of bullish sentiment in the crypto market. Without any regulatory oversight, issuers like Tether could dilute their reserve holdings without any penalty: all while the market assumes 100% support. Now imagine if Tether – with $69 billion in assets – suddenly faced an abnormal increase in withdrawals – customers willing to trade for US dollars. Lack of reserves could quickly trigger a liquidity crisis. Even a sign of panic could push the markets into a financial meltdown. Such an event would transcend borders since stablecoins have grown strongly in cross-border payments. Thus, a financial crisis could overwhelm the global economy – because markets dealing with billions of dollars worth of transactions lack regulatory guidelines.

Therefore, while stablecoins are stable compared to their notorious counterparts in the speculative crypto markets, strong criticism from regulators is warranted. Lawmakers are pushing regulators — including the Federal Reserve, Treasury Department, SEC, and CFTC — to police these stablecoin issuers in a way synonymous with banks and money market funds. Along with careful scrutiny and constant monitoring, strong capital requirements are also questionable. Federal investigations are already underway to disclose Tether’s liquidity positions despite a slew of assurances. Ultimately, lawmakers — even regulators — perceive these stablecoins as offerings that pose a systematic risk to broader financial stability. Such regulatory measures could gradually dilute these intrinsic shortcomings associated with stablecoins. However, the decentralized nature of these coins would be difficult to justify amidst a set of legislative rules.