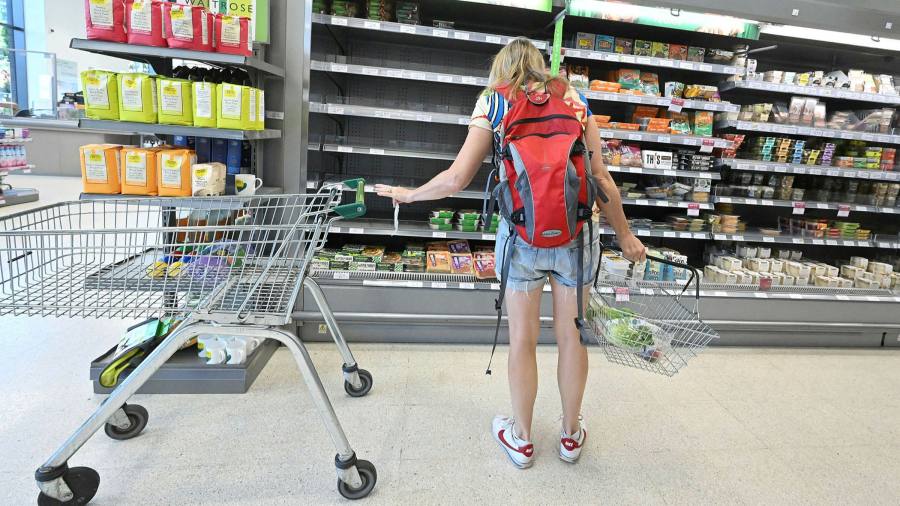 Receive free updates on UK businesses and the UK economy

We will send you a MyFT Daily Summary email bringing together the latest news on UK business and economy every morning.

Business groups report a sharp drop in trust among members after the summer, when many were supported by the rollout of the Covid vaccine and the end of restrictions.

However, third quarter data to be released next week by UK chambers of commerce should show rising costs of wages and materials, along with skills shortages, are cause for concern.

The Institute of Directors will report on Friday that data collected this month shows a sharp drop in business confidence following the announcement of a proposed increase in national insurance that will hit businesses next year.

Its Economic Confidence Index fell to never-before-seen levels at the height of the third lockdown in February 2021 after setting records in the summer. Kitty Ussher, chief economist at IoD, said “the business environment has deteriorated dramatically in recent weeks.”

“We have seen a good increase in confidence throughout the summer,” said Shevaun Haviland, CEO of the BCC. “But I’ve been on a number of CEO calls last week that we’ve tried to end on an upbeat note, but no one has been able to find one.”

The IoD has written to the Chancellor requesting an urgent meeting given her concerns about the impact of the £ 11 billion tax hike. The letter, seen by the Financial Times, warns the Chancellor that the hike will have an impact on jobs and growth. He raises concerns about the scrutiny of the decision and argues that the decision is not in line with good government practice.

The oil crisis has exacerbated short-term problems, according to business leaders. Questions were raised in a meeting between business groups and Business Secretary Kwasi Kwarteng on Monday evening, and then in a wider call with unions and Labor leader Sir Keir Starmer on Tuesday.

Tony Danker, CEO of CBI, said “it’s clear that there is a total mindset shift from growth to adaptation” following a 10-day consultation with 800 member companies. The shift from a “growth and investment mindset” to crisis management has taken place across all industries and sizes of business, the CBI said.

Ben Fletcher, chief operating officer at Make UK, which represents manufacturers, said conditions were tough for many companies due to rising costs and shortages of drivers and supplies.

He added that the problems for businesses will become even more difficult as Christmas approaches as retailers scramble to fill shelves, including the search for more truck drivers.

The driver shortage is unlikely to be solved by the 5,000 visas that will be offered to foreign workers to resolve temporary supply disruptions, transport groups say, with industry estimating more than 10 times that number will be needed .

Fletcher said tax hikes this year and next would add to the burden. “It requires us to climb a mountain with a weight of 50 pounds,” he said.

Hotel companies face the return of a 12.5% ​​value-added tax rate from next month as Covid support measures are withdrawn, rising to 20% in April when further increases in l national insurance will begin.

In a separate submission for the October budget, the IoD outlined measures to support business investment, improve business access to skills, and reform business pricing.

Highlighting the decision to end the new business allocation, Beaumont of the FSB said the Tories risked alienating business and becoming an “anti-small business” party. Speaking at the Labor Party conference in Brighton, he said this created space for other parties to want small businesses to vote in the next election.

In an FSB fall budget submission seen by the FT, the group warned that “the recovery is far from assured – let alone a strong recovery”. He wants the Chancellor to increase the employment allowance, which allows employers to reduce their national insurance liability from £ 4,000 to £ 5,000 and remove more small businesses from the corporate pricing system.

In response, the Business Department said: ‘We are committed to building a highly skilled and well paid economy where employers invest long term in UK labor instead of relying on foreign labor. . We will continue to help people retrain, learn new skills and return to work to help fill vacancies.