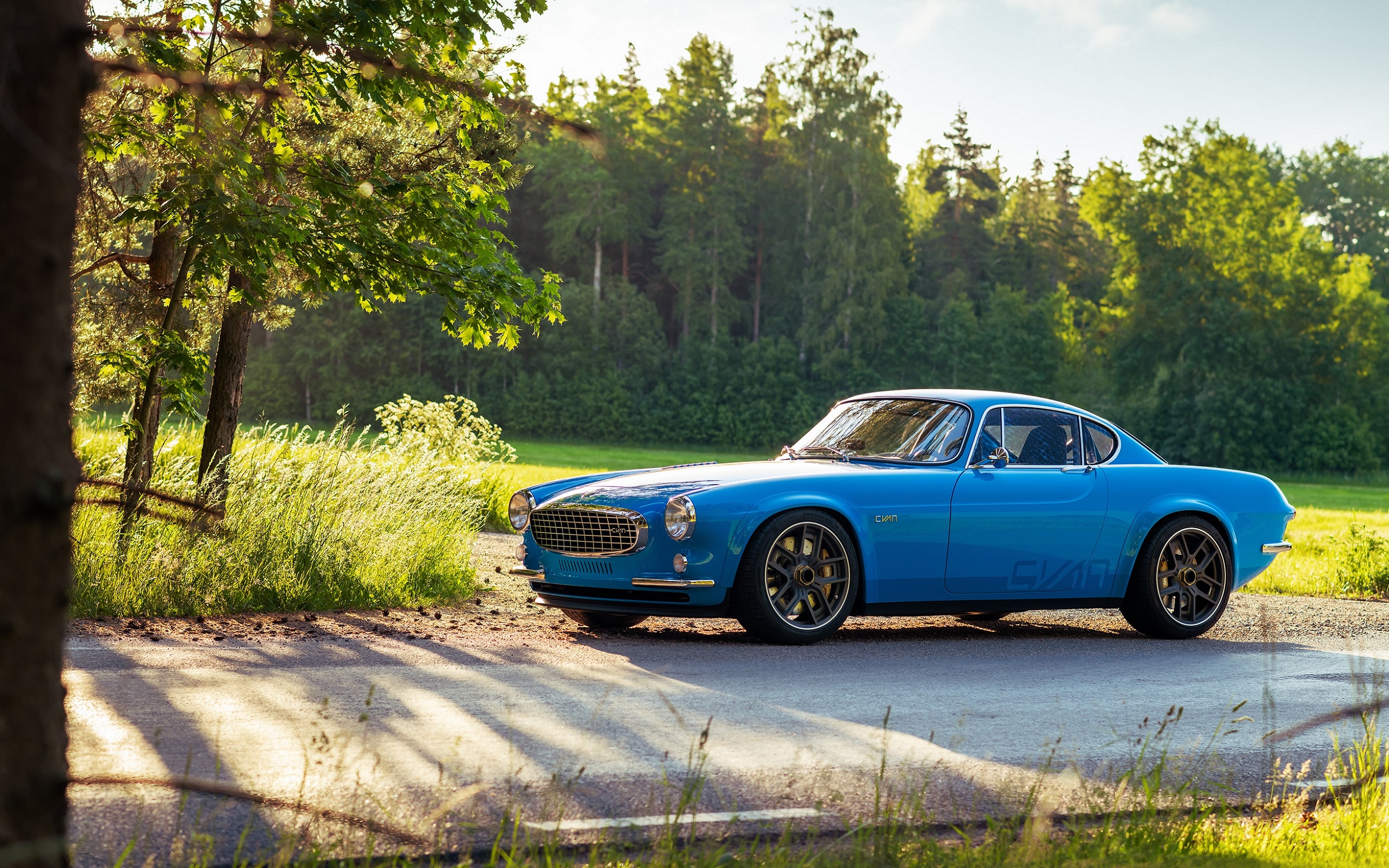 “Singer” no longer just refers to the shop that makes classic Porsche 911 restomods. Like Kleenex or Thermos, it’s become a generic brand for the kind of crazy (and insanely expensive) quality builds that said store is known for. Alfaholics, for example, is basically the lead singer of Alfa Romeos. And based on the amazing Volvo P1800 Cyan, the Swedish brand now also has its Singer.

For legal reasons, Singer restomods cannot carry the Porsche name. But that’s no problem for the Volvo P1800 Cyan. It’s a passion project created by Cyan Racing, an offshoot of Volvo’s Polestar racing team. And since Geely runs all of these brands—Cyan Racing is its official racing department—it’s technically a factory restomod. A car designed and built by real race car engineers with the same care and quality as Singer’s cars.

This is not hyperbole or marketing hype, by the way. Hans Baath, Managing Director of Cyan Racing, “proudly admits that Singer Vehicle Designs is a huge inspiration for” the Volvo P1800 Cyan, Autoblog said. The design team also visited Alpina’s facilities to get a glimpse of the interior materials. And once you get into the details of this coupe, it’s clear that Baath and his team have learned their lessons well.

Cyan Racing starts the build by getting a Volvo P1800 donor and throwing away most of it. Next, the team replaces most of the original steel frame components with high-strength steel replacement parts. Then the P1800 gets a reimagined version of its original full carbon fiber body. That’s why it weighs less than a Miata. And for more rigidity, Cyan Racing installs a titanium half cage.

Oh, but we’re not done yet. The later P1800s were fitted with 2.0-liter four-cylinder engines producing 130 horsepower. However, the P1800 Cyan has the same engine as the Volvo S60 TC1 racing car, hooked up to a dogleg manual. And while all that power still goes to the rear wheels, there’s no live rear axle here. Instead, Cyan Racing replaced the stock suspension with double-wishbone setups on each wheel, with fully adjustable coilovers and custom subframes.

But wait, there’s more. Compared to the donor car, the Volvo P1800 Cyan has a longer wheelbase, partly so that its new 18-inch alloy center-lock Braid wheels can fit. These wheels are also wrapped in Pirelli P Zero tires. Plus, AP Racing drilled disc brakes live behind those new wheels. And in addition to the half-cage, inside you’ll find Recaro seats with Momo racing harnesses as well as a Momo Prototipo wheel.

These harnesses are also the closest thing to this car’s safety equipment. Forget adaptive cruise control, the P1800 Cyan has no stability control, traction control or ABS. It doesn’t even have a brake booster, although it does have electric power steering. But it’s less out of convenience and more out of necessity. At low speeds, the wide tires made the car extremely difficult to steer, The reader Explain. And this electronic minimalism goes even further.

Calling this Swedish singer “a restomod is a disservice”, Autoblog said – it’s practically a work of art

You won’t find a touchscreen inside the Volvo P1800 Cyan, although there are speakers that you can stream music to. But that doesn’t matter much with such an exquisite interior.

The door panels, for example, are finished in wool fabric with leather accents. The door handles and release straps are also leather, as are the roll cage covers. And thanks to Cyan Racing’s research, they all sound like something Alpina would put in a BMW, Autoblog reports. Plus, the metal gauges, mirrors, and toggle switches are jewel-like in look and function. And all this before even starting the engine.

Although the Volvo P1800 Cyan is built by a racing team, it is designed more for sport driving in the backcountry than for the track, The reader Remarks. But it’s not overwhelming with low praise. This car is just great to drive.

First, the steering is suitably heavy and full of feedback, not to mention super sharp. Second, although the brakes take more effort to use, they are extremely effective and surprisingly precise once you get used to them. Also, while the ride is firm, it isn’t uncomfortable or non-compliant. And the advantage is excellent handling with minimal body roll.

Oh, and then there’s the transmission. It may be turbocharged, but that 2.0-liter engine doesn’t lose speed as the revs rise. Instead, it pulls even harder, especially after 5000 rpm towards its 7700 rpm redline, The reader said. Additionally, the pedals are perfectly spaced to facilitate heel-toeing, although shorter riders may struggle to fully depress the clutch, Autoblog muses. There’s nothing wrong with the shifter, though, which clinks with every throw like a vintage manual.

Unlike some versions of Singer Porsche, the Volvo P1800 Cyan isn’t some sort of ‘greatest hits’ homage. Although Volvo raced the mechanically linked Amazon, the P1800 never saw a racetrack in period. It wasn’t even technically a sports car at first, but more of a sleek GT. However, like Singer does with old 911s, Cyan Racing has turned the P1800 into the best possible version of itself.

Naturally, this transformation is not cheap. Before we even start talking about custom options, the P1800 Cyan costs $700,000. That’s about 10 times the current market price of a pristine early model P1800.

But that’s still less than the cost of many Singer 911s. And since Cyan Racing has only sold three P1800s in the US so far, they’re rarer than other high-end Porsche models. I mean, I’ve personally seen a Porsche RWB, but not a P1800 Cyan. Plus, the build quality more than justifies that hefty six-figure price tag.

Is the Volvo P1800 Cyan an expensive niche experience? Yes. But is it a Singer-level joyous experience? Yes too. To quote The readerit is “a real driver’s restomod”.