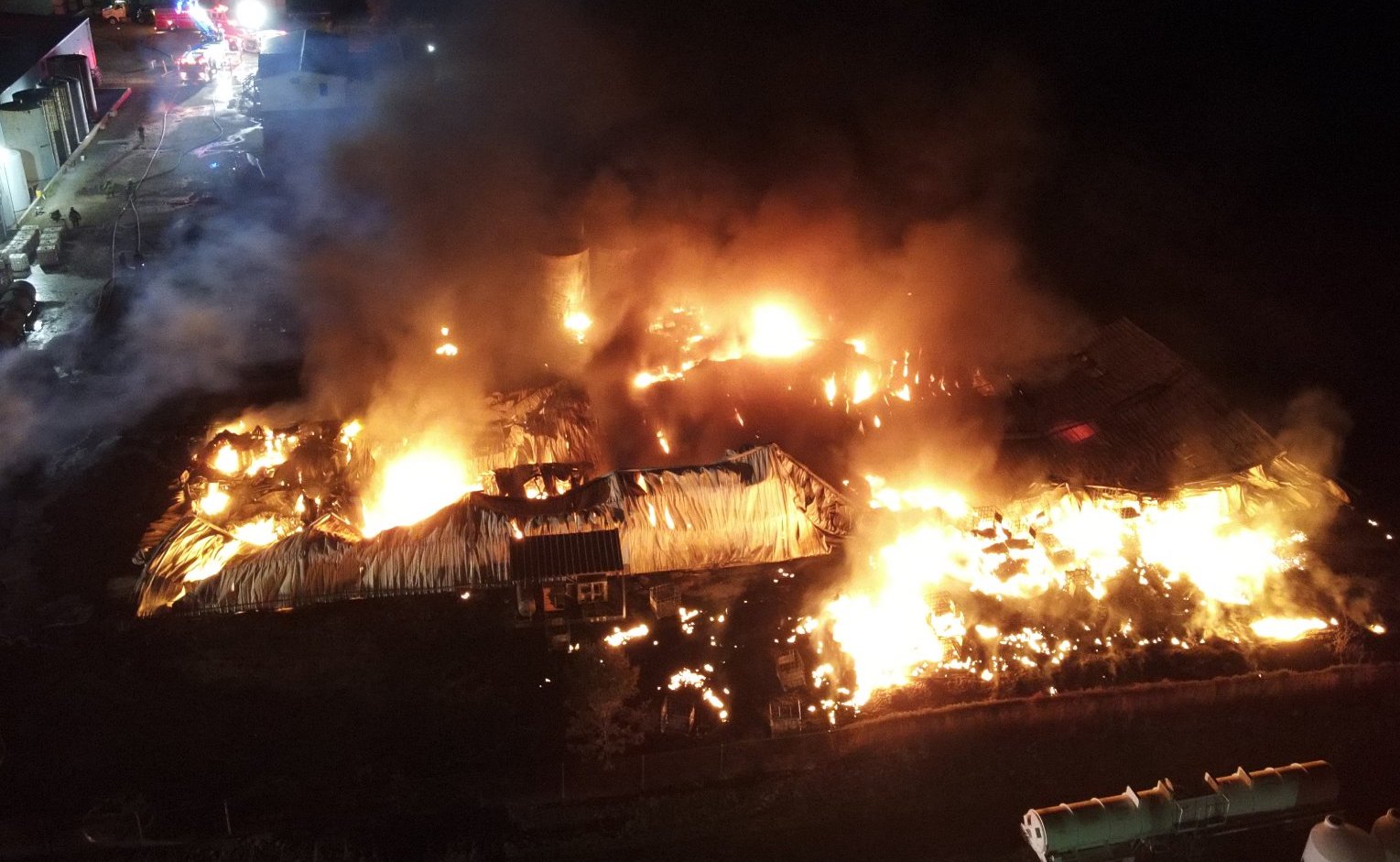 Flames that burned for nearly eight hours overnight at a chemical manufacturing plant in Wharton, Texas, reignited on Wednesday morning, according to a report by KHOU 11.

The fire originally started around 10 p.m. Tuesday night at the facilities of Prime Eco Inc., a maker of oil drilling and hydraulic fracturing solutions and materials. ABC 13 reported that large clouds of smoke were seen before the fire, followed by two loud booms and engulfing flames. The fire led to a shelter-in-place order for residents living near the facility and the closure of a section of State Highway 60. Residents sheltering-in-place were told to extinguish their air conditioning and to close the registers of their chimney.

A Facebook post from the Wharton Volunteer Fire Department said chemical agents on fire at the plant included hand sanitizer and fuel stabilizer. The Wharton Police Department released photos of the fire as it burned overnight.

Wharton County and area firefighters, along with a HazMat team from Fort Bend County responded to the blaze. Officials reported the fire was largely extinguished after burning for eight hours.

“Our selfless area firefighters have nearly extinguished the fire at Prime ECO Group on SH60, and it is under control at this point,” Wharton County Police wrote in a Facebook post at 1 a.m. “Thank you to Wharton VFD, Boling VFD, Hungerford VFD, Glen Flora VFD, El Campo VFD, East Bernard VFD, Needville VFD, Fort Bend Co Haz-Mat and Bay City VFD for their tireless efforts and success in saving adjacent buildings and warehouses. You were shaken tonight!”

Around 7 a.m. Wednesday morning, however, flames reignited at the facility, according to KHOU. Authorities lifted the shelter in place around 1 a.m. and it remains to be seen whether it will be reinstated given the fire.

No injuries have been reported at the facility at the time of this writing. The cause of the fire remains unknown.

This story will be updated.